Too often we assume that User Experience (UX) and Interaction Design (IxD) are integrated concepts and as users we can explore and interact with different interfaces magically. But the truth is that both concepts are being studied by design specialists all over the world and, if we start taking them into account, we will be able to provide an innovative and quality product that really makes the difference.

For the first time in Buenos Aires, the Interaction South America (ISA) presented the design professionals some tools to discover this fantastic world!

What is UX and IxD?

Both User Experience and Interaction Design seek to create products or provide services that are useful and easy to use with the aim of achieving a positive perception. Usability is a key component of the overall user experience, as the users must be able to interact with a website, a mobile application, a software or any other interface in a simple and functional way.

Interaction South America is the Most Important UX and Interaction Design Event in Latin America and was held in Buenos Aires, on November 19th, 20th, 21st and 22nd. This huge event was considered a milestone for the Latam UX Community since it was the first time that the Interaction Design Association (IxDA) and the User Experience Professionals Association (UXPA), which are not used to work together in other countries, organized this event jointly.

The Universidad Católica Argentina was chosen to host the conference in its charming campus. Knowledge, experience, a friendship environment, and attendees from all over the country and different parts of the world, where some of the special ingredients that made this a unique event, highlighting the professionalism of the audience and the outstanding performance of all the speakers.

Many topics were mentioned by the renowned professionals. Steve Portigal for example, talked about “Designing the Problem”. In his speech he explained that the biggest value from research is uncovering the crucial details of the problems that people have; the problems that designers should be solving. He highlighted the importance of becoming an active piece in driving the creation of new and innovative solutions and overcoming the challenge of looking at one’s own culture and realizing and being aware of the value of being open-minded, not simply confident. Despite the fact that he couldn’t be present in person, his speech was enjoyed via Skype.

Erik Dahl talked about “Designing Our Communities”, a reflection on his experiences building and crafting communities at a variety of scales from the personal to the global sphere. He shared his successes and failures, as well as lessons learnt along the way. “We are nothing without the communities we inhabit, so let’s make them great together”, was the spirit of the talk. 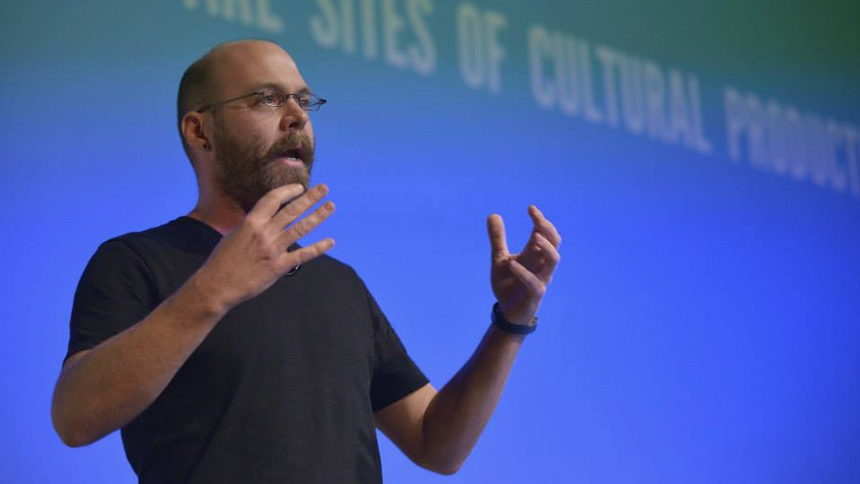 Leisa Reichelt, ‎Head of User Research at Government Digital Service, also captivated the audience with her talk “How to transform public services? An experience working for the UK government”, in which she shared her experience of building the Government Digital Service (GDS). GDS then launched GOV.UK, a site committed to convert government services simpler, clearer and faster, combining all departments of the British government in a single domain. 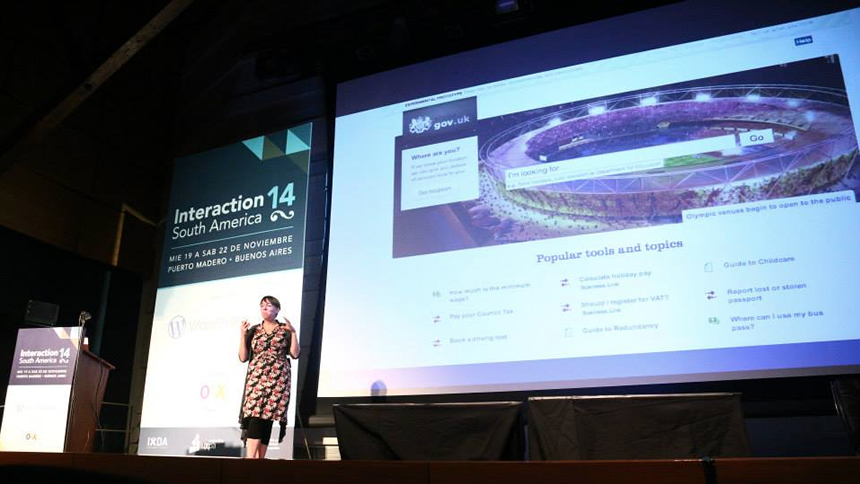 Andy Polaine, Consultant service and interaction designer, writer and educator, enthralled the attendees explaining how UX professionals can understand better how their particular part of the design fits into a broader experience and how this helps to deliver compelling and coherent multichannel services. “Mind the gaps. Experience designing of multichannel services for real people” was one of the must-see speeches. 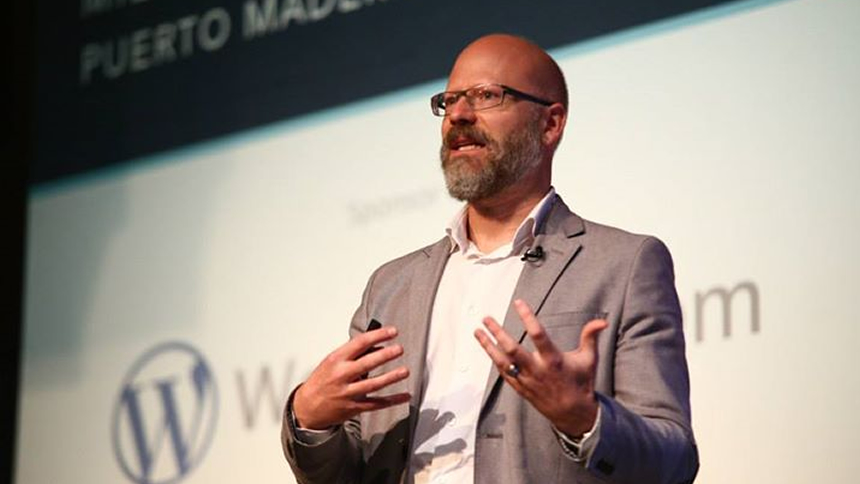 Kendra Shimmell, General Director at Cooper, fascinated the audience with her talk called “Narcissistic Products Suck”. Dynamic and funny, Kendra introduced some simple practices to transform a narcissistic product into a humbler one helping the designing teams to transform their product into one that has an appropriate size and can help people achieve their goals without requiring much of its attention and admiration. 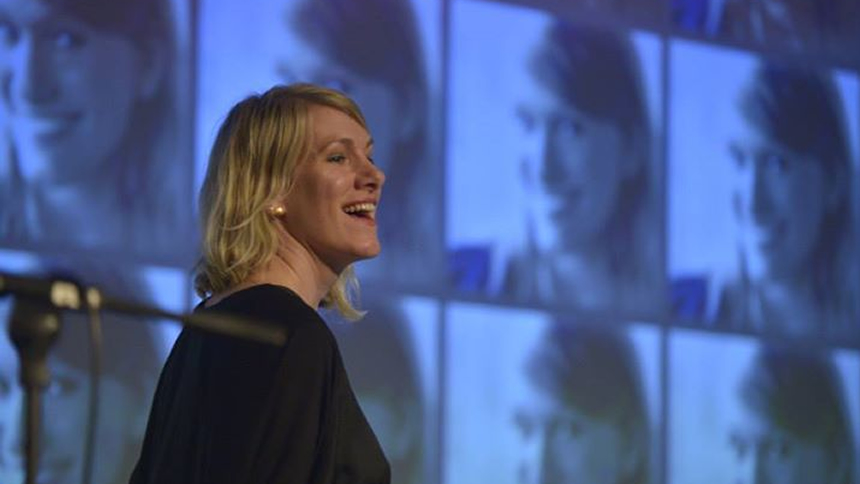 Wieslaw Kotecki, Partner at strategic-design company – UseLab, was another of the speakers that achieve a considerable impact among our designers team. On his talk “Polish UX going to South America – what we can learn from each other?” he explained the differences and similarities between this two cultures and, among other things, he exposed about the perspective of the founder of the first UX company on the Polish market. 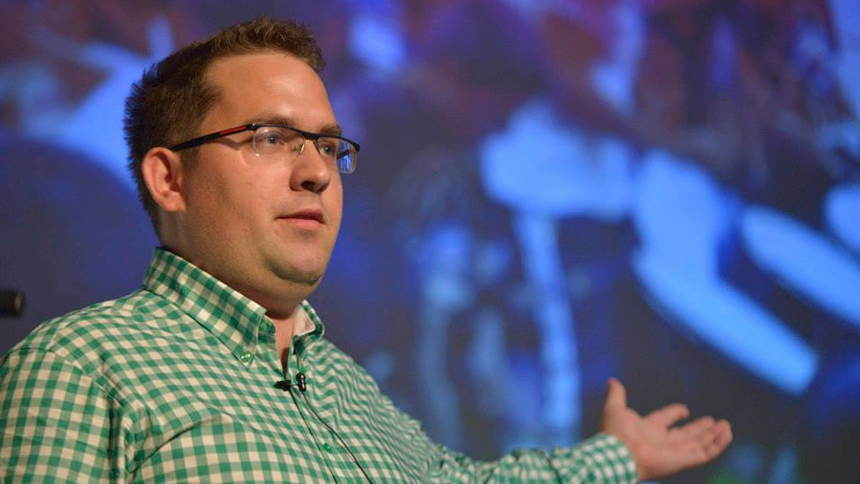 There were many other fascinating speakers that shared their passion, experiences and works with the attendants. Pedro Belleza, from HP, John Douglass from Google and John Labriola, from Intel, were some of them.

Making Sense always tries to participate and grow in the local and Latin-American UX community. And we do so by collaborating in different ways. In this case, we were proud sponsors of this 6th edition of ISA 2014, as both, UX and Interaction Design are two of the principal pillars of the services that we provide.

Making Sense was represented by its UX team: Lisandro Martinez Basavilbaso, Mariana Massimino, José Rago and Martín Deniro, who presented and exchanged ideas with other professionals. 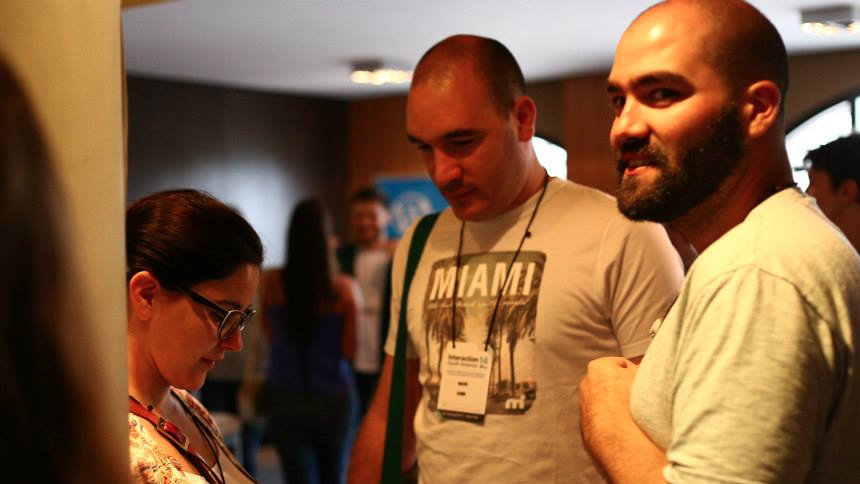 One of the negative aspects of this UX Conference was the fact that many talks were announced in a certain language, and were held in another, without simultaneous translation, producing a little bit of confusion in the public.

Other questionable issue was the workshops’ fee. Many attendees were hoping to be part and witness some of the amazing workshops that were presented, but they had a high cost. In fact, the ticket to the event was cheaper than the tickets to the different workshops.

One of the enriching aspects of the event that was a clear reflection of the language and cultural melting pot, was that despite the different languages present, people could be understood regardless their native language.

Another positive aspect to highlight was that designers from Making Sense had the opportunity to gather with referents in this area that were only known by them via Twitter or Facebook. That was the perfect finale for this fantastic event!

What’s next with UX?

This enthralling event transported the vibrant audience to a world where lots of new concepts were incorporated and taken into account. Eric Dahl said: “You don’t have to be an expert. Be an experimenter”. So if you choose us as your software development company, we will give free rein to your imagination and propose new ideas.We will be the experts that will transform your big thoughts into amazing software products! Feel free to contact us! and share your proposal!