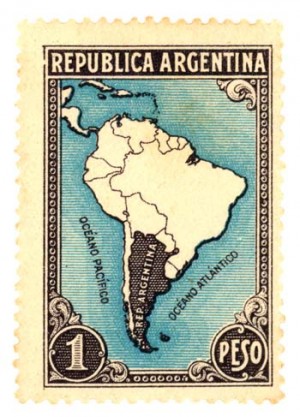 More and more US businesses are choosing Argentina as the place they outsource operations to. And it’s especially true for companies in the IT and software sectors. Here are the seven reasons I brought together to make you understand why you should think of Argentina as your next outsourcing partner.

Outsource to a country with a culture very different from your own and you can easily end up with communication problems. It’s an inefficiency none of us can afford in today’s competitive market. On the other hand, as we wrote before on this blog (see Cultural Benefits of Nearshore Outsourcing to Argentina) business culture – and entertainment, dining and social customs – in the US and Argentina are closely aligned. Likewise, amenities in cities like Buenos Aires are comparable to those in New York or Chicago. Taken together, these factors:

But these similarities have a reason. Argentina was the third destination chosen by immigrants during the 20th century, behind US and Canada. Immigrants’ dreams of educating their children were fulfilled with the arrival of “peronism” (Juan and Eva Perón) in the 40’s. Perón started the creation of public and free universities, such as UTN (National Technology University) established on 1948 and one of the most important in the country, where I graduated in 1999, completely free of charge.

Nearshore outsourcing to Argentina helps eliminate communications obstacles due to different time zones. The country’s only two hours ahead of the East Coast and five hours ahead of the West Coast during Daylight Savings Time, making it easier when it comes to collaboration. This makes real-time communications that much easier, as opposed to the 14 hour time difference in India. That way, you won’t need to have meetings at odd hours (5 am or 8 pm), giving you time to enjoy your family. This means you don’t have to rely solely on email communications to talk to your team–nearshore outsourcing ensures you can to speak to them immediately.

Argentina has a pool of very innovative and talented people in different areas, being recognized as one of the most creative countries in the world, especially in the design and advertising fields. The Gunn Report, an independent report on creative excellence in advertising worldwide, shows Argentina as fourth place in creativity for 2011, only surpassed by the United States, England and Brazil. Year after year, Argentina appears at top of winners at creativity and advertising awards such as Cannes, The One Show or Clio.

As noted before in this blog, Argentina boasts a large pool of English speakers, especially in its IT industries. English is Argentina’s most important foreign language and plays a role in the country’s everyday life. If you’re looking to outsource, this means Argentine companies are far more proficient in English than their farshore counterparts. So it’s easier for you to communicate with developer teams, making it easier all around.

5.Abundance of Young IT Students and Graduates

When you choose a location to outsource to, the availability and quality of labor is a key consideration. According to the Argentine Ministry of Economy, the country is home to approximately 1,000 IT companies and 70,000 IT professionals. The IT and Software Companies Chamber of Argentina (CESSI) states students pursuing degrees and post-graduate qualifications at universities and academies had an 80% annual growth. One important aspect is that Public universities and Tertiary level Institutions are tuition-free and open to anyone, making it easier for students to get their degree. This results in a reliable source of future professionals to serve a range of sectors, especially the outsourcing industry

Argentina’s government recognizes the important growth of the country’s IT and software services. And is working to support this with innovation and technological development incentives that promote investment from domestic and overseas interests. Helpful to you if you’re looking to outsource, these include:

In some Asian countries, worker attrition levels are a major problem. For example, a study by the Associated Chambers of Commerce and Industry of India show that in that country’s IT and BPO sectors, the attrition rate is 55%. This could have major cost implications for your operation. Each time a person at your outsource center leaves a project, you lose productivity and resources have to go to training a new person to take over.
By contrast, workers in Argentina – especially at senior levels – are much more resilient. According to a 2011 survey by CESSI, the attrition rate here is just 25%. This is partly because the country has a more family-oriented culture, so people are less willing to relocate or leave their company for another. And partly because US and Argentine time zones are so similar, people don’t have to adjust their working hours to accommodate stateside operations.

Argentina speaks your language, and has workers with the skills you need and a culture your company’s familiar with. Its people are creative, loyal and once trained, are likely to stay with you for years to come. Want to know more about Argentina? Contact us at hello@makingsense.com