After first hearing about the Software Testing World Cup, we were very excited to participate. It all started about two years ago, when our QC Lead, Betiana Castro, was part of the judges panel in the 2014 edition. (By the way, she was also a judge in this year’s competition but she didn’t judge our work). She motivated us to participate, but we had to wait until this year because the competition didn’t take place in 2015. When it came time for this year’s competition, we were more than prepared to not only participate, but to give our best.

An overview of the competition

The Software Testing World Cup is split into two parts: the continental preliminary/qualifying rounds and the World Cup Finals hold during one of the greatest agile events of the year: Europe’s Agile Testing Days 2016. Most of the continental rounds are hosted locally and online, except for the European round, which took place in person at the Agile Testing Days 2015 event. The winning team from each continent is then invited to the finals.

This year, the continents were divided into six groups: Europe, South America, North America, Asia, Africa and Oceania. During this preliminary rounds, different teams of up to four members work with a SUT (software under test) provided by the event organizers. Contestants then have a four hour time period to deliver a report of the application quality status. This SUT is a real software that’s been released, and each team tests against a real environment.

Usually, the first of those 4 hours is spent discussing the initiative with the product owner and judges. This is a space where event participants can feel free to ask questions, interact with the judges, learn about the application scope, the business and all kinds of other information we need to make a good analysis.

How did we prepare?

Well, it was a tough task. It took us one month to prepare for the competition. We held weekly meetings where we decided what the report content would include and how it would be organized. We prepared all the devices and workstations with the testing tools we would need. We even did a simulation to get a better sense of how we would react during the real competition. After these tasks were completed, we felt ready for the competition.

We decided to approach the testing like we do with our clients. We always try to adapt our work to our clients’ needs, providing the best experience and result, so that was our strategy for the Software Testing World Cup. Once the competition started, we got the requirements and details, and based on that, we defined our test strategy, our testing scope and the final report content.

We are used to work with agile methodologies, so there were no specific roles: we all did what was required, from uploading the issues and interacting with the PO (Product Owner), to extracting logs and writing the reports. The interesting aspect of the challenge was adapting to the reverse workflow. Instead of estimating how much time it would take to test each piece of the backlog, we needed to get ready the deliverables in a set amount of time. That forced us to define a testing scope for those 4 hours we were given, based on the PO’s priorities and the business goals. 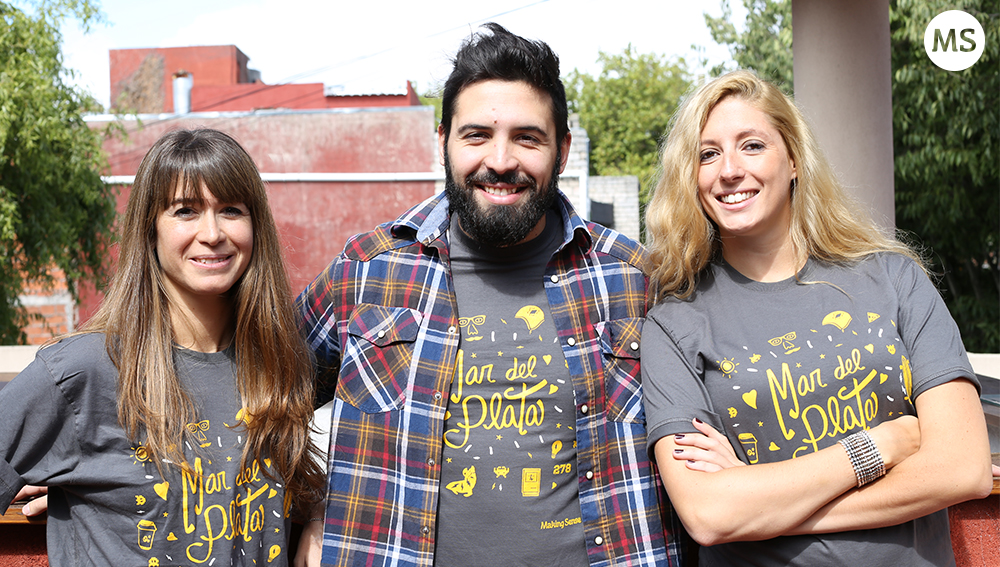 Celeste, Rosario and myself minutes before the competition.

We really enjoyed working together, and our first time at the Software Testing World Cup was an amazing experience for all of us at the team. Considering we spend around nine hours at the office every day, it was our choice to stay for four more hours and play the game we were committed to. We did what we love, and what we do best. It was all about having fun.

Right after we sent the report to the judges, we decided to do the second thing that we love and do best: drink beer. We walked down to a bar near the office and talked about the competition over frosty glasses. We did some sort of retrospective, analyzing our strengths and weaknesses, which we think is the best way to keep growing as professionals in the industry and, of course, we made a lively toast celebrating the experience.

While the competition results won’t be ready until the beginning of April, we are hoping for the best, and are looking forward to being part of this challenge next year.

If you would like to stay up to date with the latest news about this competition, visit the official site where you will find all the information related with the competition or just get in touch with us. If you were wondering who else was part of team, here are their names as well as their emails in case you’d like to get in touch: