Nobody can deny that CES is one of the most influential events of the year when comes to technology. Even though it’s true that CES doesn’t mean 100 percent innovation, coming here every year gives you a great idea of what’s going to be coming to market in the upcoming months. Among the thousands of booths and stands you walk through during the three-day event, there are only some companies offering really disruptive products and ideas, and lots of them offering a known idea applied in a different way or to a new object or device.

Why do I attend the event (almost) every year, then? First, as a tech lover, nothing compares to being in front of brand new gadgets. This year, I loved playing around with virtual reality sets, drones, racing simulators, wearables and video games (you can see the pictures on our Facebook Page). Also, even though I had seen many of the gadgets this year before in publications like TechCrunch or The Verge, being there in person offers a much better sense of where the industry is going and what to expect in the near future. As Making Sense’s CEO and for us at the company, that’s invaluable. We need to be aware of where companies are putting their efforts in order to offer them a better solution from the technological point of view and get ready for what’s coming.

Today, I’ll share a few impressions of CES, including my top 10 picks from the event.

Something that surprised me

I was amazed this year by the amount of different smart devices and appliances you could find – there were devices to help users achieve very different goals and apply practically to daily life. I heard about the Internet of Things for the first time at a Gartner conference in 2013, but at that time, all the use cases looked difficult to apply to everyday activities. Today, the IoT has grown exponentially with a focus on the consumer and trying to solve average people’s problems.

CES 2016 showed me how in just a couple of years, hundreds of well-prepared devices have been created with that thought in mind. I’m sure many of them will become common in most homes. At CES, I was able to see devices designed for smart homes, health care, baby and child care (take a look at these socks), and a bunch of different sports, among others, that are ready for consumer use. In the year to come, I predict this trend growing toward more specific and niche uses, such as the Wireless Deeper Fishfinder, a Bluetooth device that allows fishermen to scan the water for fish, temperature, depth, etc.

The User Experience of the future 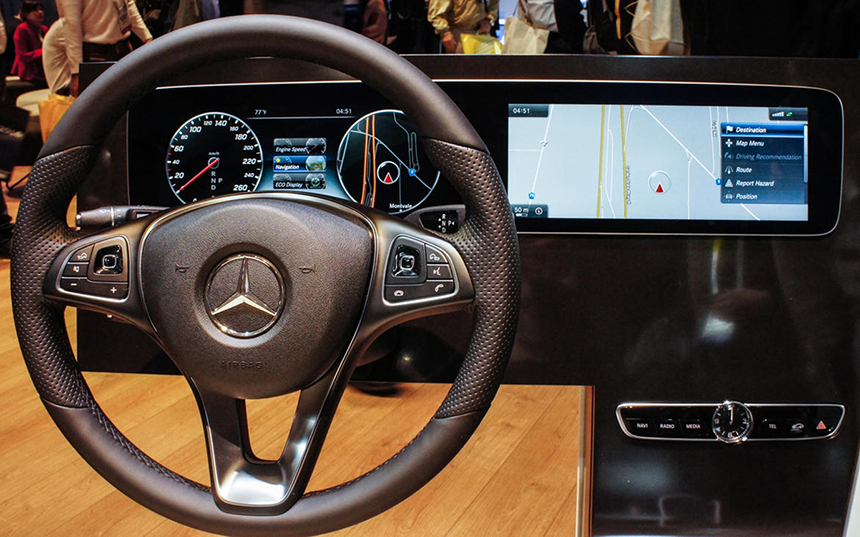 With so many devices – and even more on the way – the best user experience will win. If people are going to be dealing with more screens and appliances everyday, their user experience will need to be simple, with a very short learning curve and intuitive above all. This could lead to the failure of many IoT and smart home devices, depending on the vendor’s approach. Today, many consumer IoT companies have put their focus on the hardware part of the business – which is obviously very important – but aren’t putting a high enough priority on the app experience of their devices. That might not be the best choice, as in most cases people will interact more with the app rather the actual device.

One place where good (and bad) user experiences were easy to recognize was at the cars pavilion. Tesla-like screens were all the rage this year, replacing in many cases the usual dashboard. But having a screen doesn’t mean you can throw as much information as you can, just like with any app or software. On the good side, Mercedes-Benz showed a very slick digital dashboard for the new E-Class which looked simple, clean and fully customizable (see my photo above).

There were a few devices and innovations that particularly struck me at this year’s event. These include:

1. EHang 184 Human drone: The human drone definitely drew a crowd. This 18-foot long, 440-pound machine looks like a large quadcopter, and includes a cabin capable of carrying one passenger during flight. Best of all, this person doesn’t need to pilot the device – he or she can simply enjoy the ride as someone flies the drone from the ground.

2. Wireless Fishfinder: This interesting IoT gadget enables a fisherman to drop a spherical, waterproof device into the water and have a range of information – including water depth, fish depth and temperature – sent back to his smartphone. Simple goal, simple target.

3. USB rechargeable batteries: These handy little batteries look just like a normal Duracell. However, the tops of these batteries open to reveal a USB charging port.

4. 3D printed nails: 3D printing offers considerable potential, and these 3D printed nails are evidence of that. A nearly endless number of patterns, textures and designs can be created – perfect for matching with any ensemble.

5. Thermos smart lid: This Thermos is an example of how technology is helping consumers with their health and fitness goals. The lid of this water bottle can calculate how much water you drink, and tell you the temperature of your drink. This device can also be connected with Fitbit so that your water intake information can be synced with your fitness app.

6. Under Armour apps and devices: Under Armour launched several devices at the event, including HealthBox. This system includes three devices – a band, heart rate monitor and smart scale – that work together to help users achieve their fitness goals.

7. VERT’s Athletic measurement device: VERT’s device is a game-changer for athletes. The inertial measurement unit is worn on the body, and can collect a range of measurements, such as surges per minute, total Gs, high acceleration and average peak acceleration. CES was the first time the device was unveiled.

8. The Laundroid: Anyone who has ever done their own laundry will be thankful for this device. Created by tech company Seven Dreamers and Panasonic, this laundry bot can wash and dry clothing, identify what type the piece is and fold it accordingly. Amazing!

9. Lily Drone: This is not your average drone. The Lily is able to fly itself, following the user and recording any activity via its high definition camera. Users wears a small device, enabling the drone to target and follow them wherever they might go.

10. Faraday Future electric car: Faraday also unveiled its concept car, the FFZERO1. The car features 1,000 horsepower and a top speed of more than 200 miles an hour. With its glass roof, smartphone steering wheel mount and helmet providing water and oxygen to the driver, it surely appeared as the vehicle of the future.

Bonus – Energy Consumption Detector: Ecoisme: Those looking to become more environmentally friendly will appreciate this device. It includes a dashboard showing a breakdown of energy usage – from appliances, game consoles and more. Using this information, the system can also suggest the best ways for users to save on energy costs.

This year, according to my Apple Watch fitness trackers, I walked nearly 20 miles of convention show floor looking for innovations with the potential to disrupt existing businesses and industries. For the most part, I found the same technology applied in a different way and just a few disruptors.

What CES 2016 surely showed me was a tough fight between Samsung, Apple, Google and LG for the Smart House hub domination. I think Samsung’s SmartThings seem to be ahead of the competition, now being included in all new Samsung TV and fridge models.

What surprised me the most was the fast pace of interconnected smart home devices, which have grown exponentially and for very specific uses, and are now much more useful than past years. I know the day when these devices will be common in homes is close, and I look forward to being part of that movement and helping companies offer a better experience to their users.