Being in the tech industry for more than 18 years gave me the chance to become a first hand witness of the evolution of technology, how innovation got beyond perfection, exceeding customers’ expectations, and the emergence of new devices. And as technology brings within an endless evolution, it will continue growing. Therefore, there are specific trends I’ll like to talk about for the upcoming year.

These forecasts not only provide a glimpse into the future of the technology sector, but potential use cases within other industries as well. But what trends, exactly, can businesses and users expect to see next year? In this two-part series, we’ll take a peek into the future, and examine the trends that will dominate tech and other sectors next year:

The impact of the IoT in different industries

For the past few years, the IoT has appeared on a number of “Things to Watch” and prediction lists, and for good reason. The concept of a web of interconnected, Bluetooth and Wi-Fi enabled devices is exciting, and brings with it a whole world of new use cases and possibilities. In recent months, many of the previous predictions of the IoT have come to fruition: now, there truly are devices available that can perform the activities experts promised in the past. And this is having quite the impact, not only on the tech sector, but other industries as well, such as transportation, auto insurers, healthcare, home automation, government and enterprises, among others.

The IoT ranked on Gartner’s list of the 10 Strategic Technology Trends for 2016 – now that the underlying devices and connectivity has been established, Gartner predicts 2016 will be the year of IoT platforms, which comes as a compliment to the systems already in use. These platforms will be leveraged for the integration, security and overall management of the IoT, helping to make it more valuable to businesses and consumers.
“Any enterprise embracing the IoT will need to develop an IoT platform strategy,” explained David Cearley, Gartner Vice President.

The IoT’s impact will also be considerably felt in the consumer sector, especially as smart homes become more of a reality. For years, the smart home was a promised concept that was just barely out of reach. However, the past few months have brought numerous releases in consumer IoT devices, specially in the smart home sector. 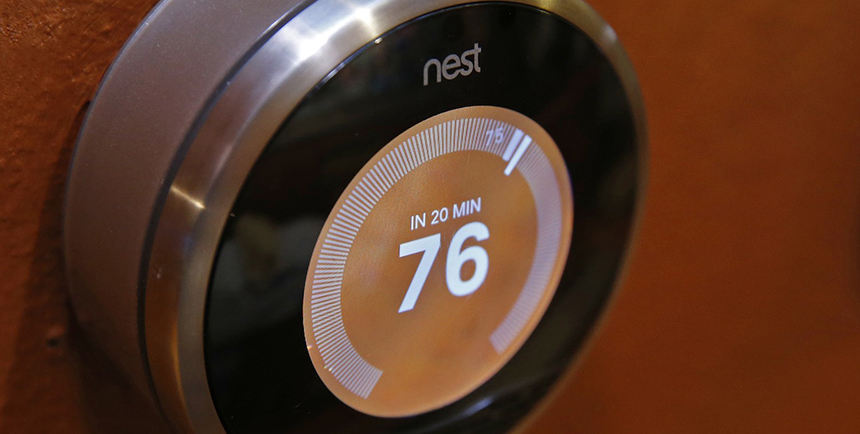 The added value of smart home technology is when the connected appliances and other household objects communicate together. Your existing thermostat already knows the temperature in your home, but it could go one step further. It could then communicate the data with your home’s wardrobe system, which would suggest appropriate outfits for the day. The wardrobe could also sync with a user’s calendar, offering up appropriate clothes for a meeting.

As The Verge shows us in this video, 2015 was a great year for smart home devices. The aim for 2016 is finding a common language among smart appliances, making devices interconnected and easy to use for everybody. The next great platform is about connecting everything in your home in an effortless, beautiful way.

There are few companies that are accomplishing a user-friendly platform that lump together the different devices. HomeKit, Apple’s platform, enable you to have wireless and electronic control of your home, household features, activities and more. HomeKit also leverages Siri, Apple’s voice assistant, allowing you to control your devices with your voice.

On the other hand, we have Brillo, from Google. An operating system for the IoT that will integrate with Android devices and support Wi-Fi and Bluetooth Low Energy.

As the IoT continues to advance and technology providers create new connected appliances, we’ll have the challenge of establishing the underlying platforms to adequately support them.

Wearable devices are another tech trend that has been on experts’ radars for years. Now, however, the world is seeing these devices actually be put to use in meaningful, valuable ways in different industries.

Wearables will continue to be a dominant trend in fitness, healthcare and fashion industry, among others, next year. Wearable technology has overtaken activities like body weight training and high-intensity interval training to claim the number one spot in this year’s survey. Wearables can offer a range of benefits for fitness and health, including assistance in tracking physical activity alongside food consumption.

Tech devices are now central to our lives and have changed the way we plan and manage our workouts. They also provide immediate feedback that can make the wearer more aware of their level of activity and can motivate the user to achieve their fitness goals.

In addition, wearable devices will also be seen more often in other industries. There are startups working on chargers clothing: you’ll be able to charge your smartphone with your clothes. Designers have been working on the inclusion of flexible solar panels in their clothes and accessories.

After attending some events during this year, I can say that 2015 was a great year for technology development and innovation as many of these use cases are already taking place and users continue to realize the benefits wearables can offer.

As a tech enthusiast I think the level of innovation it’s outstanding, but we continue on the road. IoT will continue growing, wearables will be improved and future will be materialized in outstanding, hyper-connected objects. We should continue thinking what role we expect the technology to play in people’s’ life and work towards it.

Take a look at our next post, the second installment of this series, where we delve into the world of virtual reality and health tech.