When becoming part of this community, you start noticing that large companies are currently using Node successfully in production.

Countless websites have been built utilizing Node.js, including some very recognizable names. Microsoft, LinkedIn, Google, The New York Times, eBay, GitHub, and Yahoo have all leveraged Node.js in their website builds. This demonstrates the flexible, scalable nature of the platform, and also shows its wide range of applicability.

PayPal, in particular, implemented a number of performance improvements after moving its web applications from Java to Node.js. With both the browser and server applications written in JavaScript, PayPal’s engineering team noticed streamlined, more efficient operations, helping to create a more reactive platform that can address users’ needs.

Walmart also saw several enhancements after moving to Node.js. Walmart Senior Architect Eran Hammer recently spoke about the company’s use of Node.js, noting that the team followed several steps to achieve success. First, the company ensured that at least one team member was well-versed in Node.js and its community. Walmart also ensured that they were investing in a technology that featured a community of support, as Node.js has.

These success stories show the advantages that Node.js can offer development projects – whether being carried out by a large company, or a smaller organization.

Why do we choose Node.js in our projects?

As an innovative software company, we want to be updated with the latest technologies that are being used; therefore, Making Sense has a team that specializes in the use of MEAN Stack technologies. In the last year, Node.js has grown at an exponential rate, allowing us to continue expanding and presenting efficient projects. Thus, there are several points to highlight that guide our choice for this platform:

Apart from all these advantages, the use of this platform allows us to use technologies in both sides, the server side and client side while having the same skills sets of front and backend developers. In addition to this, its simplicity in generating servers, grant us the possibility to simulate the existence of other services. 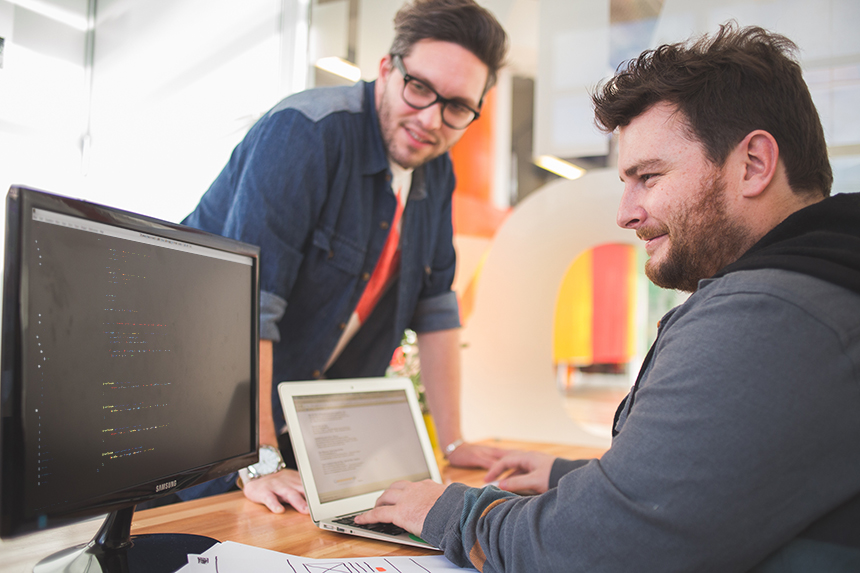 While implementing this platform, we realized Node.js has a giant ecosystem package (NPM), with many open source libraries and a considerably large community of users in the development industry. This not only means that there are a whole host of available resources – Node.js boasts the largest ecosystem of open source libraries – but there are also a number of experts and other developers to turn to for assistance or tips.

“The more large and fast-growing companies and startups are using a piece of technology, the more people get attracted by it,” Developer and entrepreneur Thomas Bandt pointed out. “And the more people and eventually small companies get on track, the more projects and jobs are on the market.”

The fact that Node.js has a number of sharing libraries available can translate to one very important factor for developers: a faster time-to-market. In today’s development community, speed is everything – users and clients are demanding that projects be completed quicker than ever, while still having the same level of quality. Using Node.js can be a huge help in addressing these needs.

“The whole concept of Node.js is based on small reusable libraries,” Bandt noted. “Buying into that concept enables you to develop things very fast with less self-written code.”

Best of all, teams can utilize this extra time to their advantage – instead of wasting hours writing their own code, they can leverage what’s available in the sharing libraries and spend more time focusing on the user experience and overall quality of the app.

Node.js appeals to a wide range of the tech community

Overall, Node.js offers numerous benefits not seen with other JavaScript runtimes. It supports a faster time-to-market, and there is also a large community of knowledgeable Node.js users. It’s also ideal for use in enterprise development projects and can be quickly learned and used by developers of any skill level. This has helped it become one of the most popular frameworks in the development community.

We are proud to contribute to the Node.js community with projects, such as mean-seed that helps you to bootstrap your project easily with a robust IOC/MVC infrastructure and the ms-uidev-framework with the automation tools for building the most incredible UIs faster and easy than ever.

To find out more about the advantages of Node.js and how these impact development, contact Making Sense today.