Making Sense, one of the IT companies self-established in the city of Mar del Plata, had the grand opening of its new office located in Formosa 278, in the Playa Grande neighborhood of Alem. The company was founded in 2006 by the two IT engineers Cesar DOnofrio and Damian DOnofrio who were born and raised in Mar del Plata, Argentina.

Among the other outstanding professionals that worked with the founders of the company were Nacho Caldentey, Sergio Marchetti, and Juan Fazzini.

The new company building has details throughout its 10,000 + square foot of office space, where professionals in the areas of Development, Design, Marketing, Administrative, Human Resources and Customer Support will be working. In addition to this, the office will have a great number of rooms that will be used as conference rooms, also an small internal patio area, lunch areas, and many other smaller spaces that will be used as multipurpose spaces offering the possibility of “after hours” recreational activities so all Making Sense employees can use them when they have some free time. The office is strategically located in a fantastic neighborhood two blocks away from the sea. 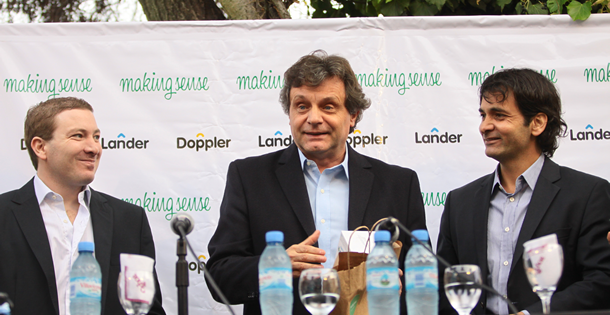 During the opening of Making Sense‘s new office Cesar DOnofrio and Damian DOnofrio were joined by Mar del Plata’s Mayor Gustavo Pulti together with Renato Rosello, Secretary of Information and Telecommunications in the General Pueyrredon District, and also Raul Lamacchia, President at Mar del Plata’s Union of Commerce, Industry and Production (UCIP).

Other distinguished guests that were present were Vanessa Luchessi, Executive Director at the Chamber of Software and IT Services Companies of Argentina (CESSI), Diego Beardo, Vice President at the Chamber and Alejandro Ortiz, president at Mar del Plata’s Technological Association of Information and Communication (ATICMA).

Mar del Plata’s Mayor commented “I am certain that in a few years Mar del Plata will become the capital of Software Development here in Argentina.” “The city of Mar del Plata is opening the door to the IT industry and is looking forward to the opening of the first technology park in the city.”

Making Sense’s CEO Cesar DOnofrio also made reference to the beginnings of the company and stated that he is proud to see how “Making Sense is currently offering Nearshore same time zone service from Argentina combined with an onsite customer relationship and project management teams generating a new and refreshing option for clients that historically only used offshoring development work in India and other parts of Asia.” Cesar also mentioned the development of a software product that is used by the Texas state police and also being pitched to different police agencies in the United States, developed entirely in the city of Mar del Plata. “This new technology we are implementing and launched in the United States has taken security to a whole new level. We helped COPsync, operator of the United States’s largest law enforcement real-time, information sharing, communication and data interoperability network, to develop the Industry’s First Fully-Integrated High-Definition Software Driven Video System for Law Enforcement Patrol Cars. The software is being developed entirely right here from our location in Mar del Plata from the beginning to the end.”

A great new office in an amazing city

The Alem area in the city of Mar del Plata was chosen as the home of the new offices due to the initiative of the company to offer its employees the possibility to work in a relaxed environment and have fun while they confront new challenges and reach their goals with great results. For this reason the new office is located only blocks away from the beautiful coast of Mar del Plata, within a walking distance of approximately two blocks from the best beaches.

On the other hand, Mar del Plata is known for its high standards in education and the talent of its graduates. The city is home to The National Technological University, one of Argentina’s public universities focused on teaching engineering and exact sciences. Moreover, the Universidad del Centro de Tandil is one of the most prestigious institutions for IT careers throughout the country and is very close to the city.

“We should not forget the importance of promoting the continuous professional development of Argentine students and graduates without having to move away from their native country and helping it grow both economically and socially” explained Cesar DOnofrio, Making Sense’s CEO. He also remarked that “Making Sense is strongly committed to continue working to introduce software services firms as well as Independent Software Vendors from Argentina to local business associations and companies in the United States.”

Looking forward to the future 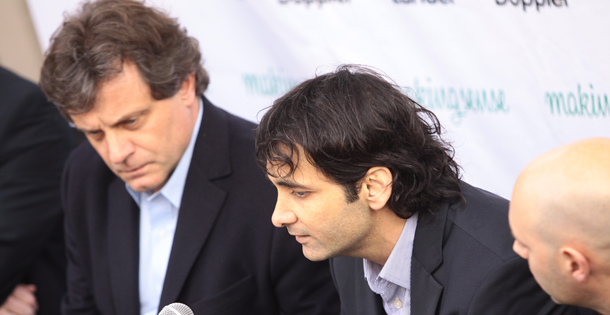 In March of this year Making Sense products Doppler and Lander, were chosen as Argentina’s best digital marketing products and were presented at the at the SXSW Interactive 2013 Argentine Pavilion.

Among the efforts of Making Sense, always determined to offer the latest tendencies in the market to clients around the world, we can mention its participation as delegate at the International Network of IT Businesses “ArgenTIna IT,” a network that will facilitate the insertion and consolidation of Argentine software companies in the most attractive world markets.

This last month and in conjunction with CESSI, Making Sense’s CEO Cesar DOnofrio and Nancy Medica, Communications and Marketing Manager at the company have been working intensively on a new trade mission to the United States involving their participation in the 6th annual World BPO/ITO Forum in New York, an event that brings both strategic and operational issues to the fore while providing solutions to address the needs of CIOs, CFOs, CEOs and executive teams.

As a software development company with a team of highly qualified professionals Making Sense continues assisting companies to provide the best services to their clients in today’s competitive world.

If you would like to learn more about how our company can help you develop a new product at a reasonable price and with unlimited scalability please contact us at hello@makingsense.com