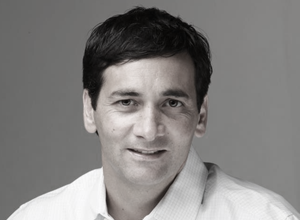 The 50 most influential executives in Latin America IT and BPO service have been finally chosen! Today, we are congratulating the achievements of fifty hardworking and passionate entrepreneurs. The 2013 Nearshore Americas’ Power 50 Ranking Nomination has been recently published bringing to light the spark and inspiration that powers the Nearshore business community.

It was a  five-month nomination and review process. The criteria for evaluation this year, outlined on the nomination page, included the candidate’s record of personal achievement, commitment to raising industry standards and also the level of engagement the person has shown in driving visibility and thought leadership in the evolving Nearshore community.

Our CEO Cesar DOnofrio has been chosen for second consecutive time as one of the most influential executives on the Americas outsourcing scene today. According to the Latin America outsourcing authority all fifty candidates “demonstrate the real character of this emerging, chaotic and scrappy young industry.”

For the past 18 years Cesar has dedicated his time to create cloud computing and business intelligence services. As a co-founder and CEO of Making Sense since 2006, a consulting company specialized in providing enjoyable and profitable applications, Cesar has become an outsourcing leader. Through its dual headquarters in San Antonio, TX and Bs As, Argentina Making Sense provides services to some of the biggest U.S. companies such as AMD, Dell, Microsoft, Best Buy and Advantage Rent-A-Car. As of today, Making Sense, a company that started with only 4 employees has grown to welcome nearly 120 employees who emphasize creativity with a focus on UI design. Every day, DOnofrio and his team work together from the two opposite sides of the Americas helping change the image of nearshoring from a conventional to a modern one.

Aside of his dedication to creating IT services, Cesar’s enjoys giving back to his community and promoting corporate social responsibility. It is for this reason that he actively provides insights in conferences, events and to the press. In March and April of 2012 for example, he was a panelist at several events at SIG and at the Nearshore Nexus in New York. He is currently scheduled to be a panelist at the SIG 2013.

As a true leader of outsourcing Cesar has helped organize the 2011 conference Argentina’s IT services in the US where he discussed the importance of Latin America’s IT industry, and shared marketing tips on how to enter the U.S. market. At present, he works closely with the Argentine government to promote Argentina ITO capabilities.

To advance nearshoring Cesar contacted the Argentine Ministry of External Relations and Culture, in partnership with Argentine Chamber of Software to carry an outsourcing mission involving Argentina and the U.S. He is also among the entrepreneurs who has successfully helped Argentina Software become stronger by adopting the Agile software development methodology.

The hardest challenges on Cesar’s career have turned him into the exemplar outsourcing leader that he is today.