We are happy to share with you this SXSW Interactive 2013 Making Sense was chosen to present two of Argentina’s best digital marketing products Doppler and Lander at the Argentine Pavilion.

Our CEO Cesar DOnofrio and CPO Nacho Caldentey participated and networked in the most innovative and creative event of the year as part of  the Argentine Booth from March 8 to March 17. 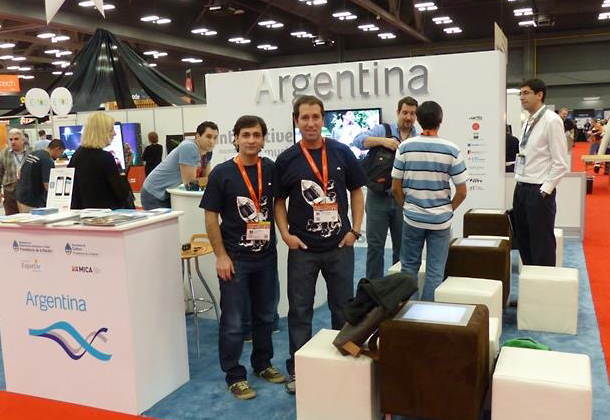 We are thankful and feel honored for our invitation to participate in such enriching event by the “Subsecretary of Investment Development and Commercial Promotion” and the “Exportar Foundation” (both part of the Ministry of Foreign Affairs and Cults), together with the MICA (National Direction of Cultural Industries).

“It was an honor to represent Argentina at the 2013 SXSW event from the Argentine Pavilion” said Cesar DOnofrio. “It was the first year Argentina had its own institutional stand to be used to exhibit its products and plan future business meetings by the participating companies. I personally believe we are on the right path to introducing innovative and creative Argentine software firms to potential customers in the U.S.”

Although the company attended the festival before, this particular year at it was very special for Making Sense since the IT company presented its most important digital marketing products: Doppler an Email Marketing tool that allows you to create, send, analyze & optimize your Email Marketing campaigns in a very simple, fast and effective way, and Lander that allows the creation of landing pages in minutes.”

The Interactive SXSW is known by many as the incubator of cutting-edge technologies and digital creativity. This 2013 the section featured five days of compelling presentations from the brightest minds in emerging technology, scores of exciting networking events hosted by industry leaders. 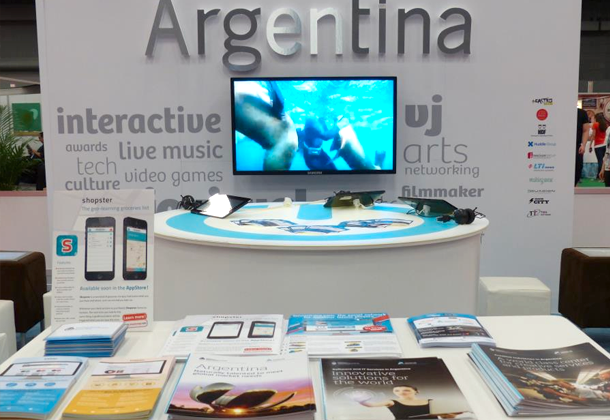 In recent years the SXSW Interactive has become one of the best places to experience a preview of the innovations the world of technology is about to bring. It is known worldwide as an inspiring festival unfolding to visitors the best startup ideas.

Our CEO Cesar DOnofrio and CPO Nacho Caldentey had the unique opportunity to choose from many different sessions, and network with bright entrepreneurs and leaders of IT companies. They visited the Trade Show which is the heart of the converging industries at SXSW and for four days immersed themselves into the world of the media, technology, creators and consumers visiting the booth of exhibitors.

They picked up their badges at 11am on Thursday March 7th and around 6PM that day hopped on the shuttle to join the Startup Crawl stopping by some of the best Austin Tech. companies. Some of them included Mass Relevance, mobi, and HomeAway where they had beverages, participated in different activities and in an unmatched way networked with other peers, growing professionally by exchanging new business ideas.

Some of the best digital works, video games and innovative ideas that truly got the attention of Cesar and Nacho included the 3M Hologram girl, 3D printers and the Proverbial Wallet that gives people a financial sense at the point of purchase by un-abstracting virtual assets.

They both agreed that this year at SXSW was filled with lots of new and amazing experiences. From being able to go beyond science fiction and experiencing new imaginative ideas in real time with everyone, to making tangible the hard evolution of the Lynx A camera that allows to do motion capture of a person in 3D, making video games and other animations look a lot like real life, they saw it all!

The festival was also very inspiring! According to Cesar and Nacho attending different keynotes made their ideas to shift from “what if”? to “Innovation is absolutely necessary in our time.” Some of the keynotes they attended included the ones given by Elon Musk of SpaceX, Tina Roth Eisenberg, often referred to as “swissmiss”, and the former Vice President Al Gore.

“Elon Musk’s keynotes were particularly inspiring” said Cesar DOnofrio. “His commitment and hope that humanity may someday be able to leave the planet and make it to Mars is truly motivating. He is thinking today about how to help humanity survive in case within the next 500 million to a billion years the Earth’s overheats and becomes inhabitable. Musk is an example of someone who looks into the future and embraces great innovative ideas.”

Nacho Caldentey on the other hand stated the keynote given by swissmiss gave him a refreshing perspective that anyone can have great ideas and make them come true. According to Nacho, the famous designer inspired everyone to pursue their dreams while speaking out her 11 rules and values she lives by, both in her professional and personal life. Nacho also found Al Gore keynote very inspiring since the former Vice President used his experience researching climate change, and global policy to transmit his audience a tentative forecast of the future.

Also, as many of you know the Interactive SXSW is the world known space for launching lots and lots of new apps. Cesar and Nacho did not want to skip the opportunity to share with you the ones they found to be really innovative. They pointed out the take app which reinvents how you take photos. The iPhone camera app takes photos as you traditionally might with your smartphone camera, but then goes a step further to turn those pictures into unique, shareable videos clips, complete with a soundtrack. Cesar also remarked the presence of the Square register almost everywhere at the SXSW 2013. A device that enables businesses to quickly accept credit card payments with a card reader on a smartphone.

With more expositors, more attendees and more innovation than ever the SXSW Interactive 2013 was beyond everyone’s expectations. Making Sense team can’t wait to be there next year representing Argentina and taking in all the inspiration, creativity and professional growth the festival has to offer.

Check out our experience at SXSW 2013 in some pictures: