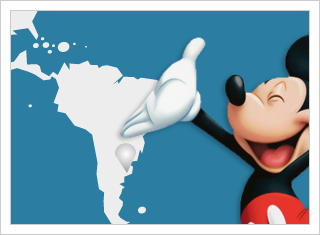 Creativity and design are essential in today’s world. According to Forbes, we now live in the era of design. Just note the success of Apple, whose sole purpose seems to be designing beautiful products their customers love.

The importance of creativity and design on the U.S. economy can be seen in the video game industry. In a recent article, the Christian Science Monitor said the American video game industry has a huge economic impact, with $25 billion in sales in 2011.

Since 2005 the video game industry has grown 8 times faster than the U.S. economy.

Along with the dramatic growth has come an increase in design sophistication: video game graphics have become stunningly detailed.

Mihai Pohontu, vice president of game operations at Disney Interactive, said in a recent interview with Nearshore Americas: “Games are a blend of engineering and artistry….”

But finding creative talent has become increasingly difficult. According to a recent Deloitte study, creative and technical talent is in short supply, and is expected to get worse over the next 3-5 years.

This has driven a recent upsurge in outsourcing creative projects.

Traditionally, outsourcing was seen as a way to off-load those activities that are not a core component to your business: IT services, accounting, payroll management services, and many more.

These are a company’s “support services” and could be easily outsourced to large outsourcing firms in South Asia (primarily India) who set up assembly line operations with large pools of low talent workers.

Firms that rely on creativity as a core part of their business model are outsourcing parts of their creative work. Case in point: Disney Interactive.

Disney’s Pohontu said they regularly outsource creative work in the development of virtual gaming to partners in Latin America.

But sending a core part of your business model to outside providers used to be considered a no-no.

In this Outsourcing Law article, the number one admonition to companies is not to outsource functions which are core to your business.

“Competitive advantage flows from the superior skill, acumen or execution of the enterprise’s mission. “Core business competencies” should never be delegated, transferred or compromised by blind dependence on a third party.

Abdication of business judgment, where you cannot delegate authority or discretion over how a function is performed. “

But that was then. This is now.

Disney Interactive’s decision to outsource to Latin America tracks with a trend Fast Company noted: there is no shortage of creative talent – talent has just gone global. Creative teams are now distributed teams. This includes working with independent contractors, employees in different parts of the globe, or outsourcing firms.

Traditionally, firms would outsource technical support, IT maintenance, and large enterprise software projects such as ERP, CRM, and security to India. These projects required huge teams of developers that only large firms such as Tata Consultancy and Satyam could provide.

However, the Indian outsourcing industry gained a reputation for carelessness. Large project failures resulting in millions of dollars of rework became legendary. There were nightmare stories of late night phone conversations with teams in different time zones, and project requirements that got lost in translation.

Given the reputation of outsourcing, why would firms such as Disney Interactive contemplate outsourcing a core creative component of their business?

The answer lies south of the border. Latin American technology providers have stepped up to the plate, with firms throughout the region providing not only technology talent, but creative talent focused specifically on user interface design, website design and video game design.

“…creativity steeped in a particular cultural milieu is an important ingredient to success. Nearshore has the unique advantage of cultural proximity and we absolutely value this. Latin America in particular has a lot to offer to a US-based business: access to a growing market, as well as culturally-relevant content for North American audiences.”

Argentina in particular has developed a large talent pool of design-centric talent. Thanks to recent efforts by the Government of the City of Buenos Aires to create specialized industry and business districts, a Design District was created which added an additional 22,000 design jobs to the local economy.

These and other efforts have helped turn Argentina into a design powerhouse.

What’s next for creative technology outsourcing?

Companies such as Making Sense, and other firms from Argentina and Latin America, are part of a new wave of outsourcing firms that combine technical and creative talent to help companies thrive in today’s design-centric world.

Making Sense invites you to find out more about outsourcing to Latin America by subscribing to our newsletter. And if you’re interested in working with us, call us at +1 210 807 3552 or email us at hello@makingsense.com to discuss.