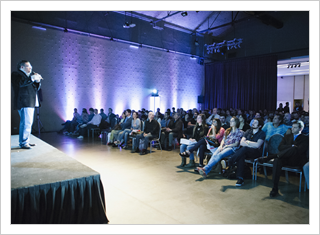 We are happy to announce that the EMMS 2012 was a success! On October 18th, Making Sense organized the fifth edition of the Online Marketing and Social Media event held in Buenos Aires. We had a great audience with more than 300 people present at the conference and almost 2.000 watching it streaming.

The venue started at 6 pm with the registration process while the public tasted some Doppler chocolate coins! After the speakers did their presentations we had some raffles of Doppler merchandising among the people attending the event, and those watching via streaming.

At the EMMS we shared not only interesting topics like the Zero Moment of Truth in Marketing, new tendencies in Social Media, Performance Marketing and Content Marketing but also some successful cases using our products which were shared by our customers.

We are really proud of our Doppler team who worked for months preparing the event. If you want to know more about the event and watch some videos (all videos are in Spanish) you can visit GoEmms.com.

We reached our goal. We have survived the end of Online Marketing! 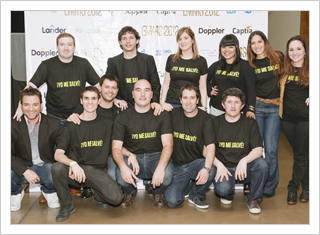 Feel the Zero Moment of truth about Marketing (by Gabriel Capuia)

Social Media: Before and After (by Sebastian Paschmann)

The prophecies of Content Marketing (by Guillermo Perez Bolde)

We look forward to the next EMMS series in 2013!