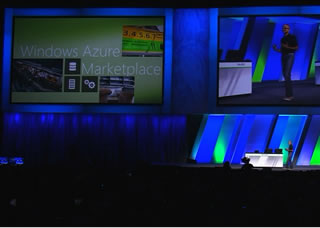 In today’s keynote address Satya Nadella, president of Server and Tools Business spoke about how Windows 8’s backend platforms (Windows Server 8, Windows Azure & Visual Studio) provide connections to multiple devices and continuous connectivity for developers. It makes distributed computing possible and allows the exposing of the richness of developer’s application data with the ability to scale.

The core platforms, Azure and Windows Server 8, are the underpinning for development under Windows 8. Windows Server 8 is the most cloud optimized operating system with highly availability structure that implements a network of small clusters with the ability to scale up. Plus, there are the advantages of the availability of storage space in the cloud, the Azure Marketplace for accessing or exposing data for applications and full access control for IT administrators to managing data sources.

One of the new features of Windows 8 Server is a password vault to handle signing on to multiple applications and manage identities. 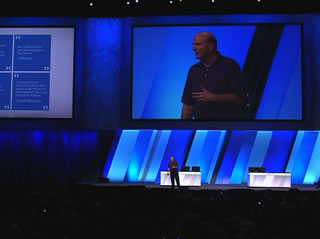 Also Microsoft CEO, Steve Ballmer, took to the stage to address developers about how the reimaging of Windows and leveraging all the technological foundations was creating vast opportunities for developers. Such a reimaging allows developers to make changes to their user and business models and to the capabilities of their applications. With these developments there has never been a better time to be a developer. Consider that this year more than 350 million Windows devices will be sold. And with the release of Windows 8, there will be millions of potential customers for developers’ applications. Windows 8 will allow developers to access these customers:

Ballmer concluded his speech saying, “Let us move forward together and seize the opportunity.”