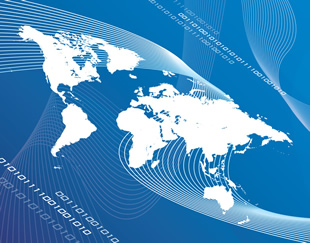 The world’s supply of unique internet addresses is running out. IPv4, the current internet addressing scheme, has exhausted its four billion plus addresses. IPv6, the next-generation Internet protocol, is being implemented worldwide and major web content providers including Facebook, Yahoo and Google and the industry’s leading companies will be working together on June 8 to conduct a 24 hour “test flight” of their efforts to bring IPv6 into reality. The goal of having this “test flight” day is to motivate all the players in the internet industry to start preparing for the transition to IPv6. It will also provide the opportunity to discover IPv6 connectivity issues in existing network hardware.

The move to IPv6 represents a major step in the evolution of the internet and will bring many benefits:

Currently, only a small percentage of the internet has adopted IPv6, but by 2016 most of the internet’s backbone will be running the new protocol. Implementation has been slow due to a lack IPv6 content, technical and design deficiencies that have yet to be addressed and an absence of financial incentives. Because IPv6 is not backward compatible with IPv4 both protocols with exist on parallel networks, which is known as a duel stack implementation. Companies may opt to support separate sites or apps for each protocol or to implement a hybrid approach that uses IPV6 addresses that are mapped to IPv4. Networks which continue to use IPv4 will be able to access IPv6 addresses through the use of tunneling which is a process of transmitting IPv6 packets within IPv4.

Most users will not notice any changes during World IPv6 Day. Those that use IPv6 can test their connectivity by visiting those sites participating in IPv6 Day. If your business is dependent on the internet now is the time to begin your transition in order to avoid costly down times or loss of customers. Considering these questions:

With proper planning and implementation your company will not be left behind as IPv6 replaces IPv4. In my next post I will discuss some of the issues and concerns that businesses will face as they switch to IPv6.

Panic time quiz: How prepared are you for IPv6?