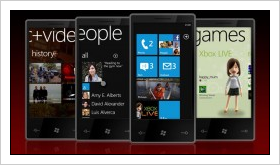 Achim Berg, Microsoft’s VP of business and marketing for Windows Phones has revealed that partner phone manufacturers have sold over 1.5 million Windows 7 Phone devices to carriers and retailers in its first six weeks on the market.

Windows Phone 7 launched Europe and the Asia Pacific region on October 21 and in the United States and Canada on November 8.

IDC analyst Al Hilwa praised the fast growth of the Windows Phone 7 Marketplace, which has reached 4,000 apps just two months after its launch, dubbing it “one of the most rapid ramp-ups in recent times”, faster than Android. Microsoft could easily become the third largest mobile app market by the middle of next year, which doesn’t face very much competition in terms of WebOS, BlackBerry OS and Symbian.

Berg said: “I think our expectations are realistic for a new platform. We started fresh with Windows Phone 7, and it’s a different kind of phone. Measuring for success is more long term than short term. We launched with many of the top mobile operators in the world, and even more in the coming year in 2011.

We have 18.000 developers who are developing for our marketplace. It’s just getting better and better.”

Berg also says his team is on a path to start releasing the “first of several updates to the platform in the next couple of months”.

Despite all of that, this is a major accomplishment for Microsoft and its consumers. With a larger marketplace for consumers to download applications and games, more consumers will begin to migrate to Windows Phone 7.