If there’s one word to describe what watchOS 3 is all about, it’s: Control. Apple is giving developers more control over the Apple Watch, and we couldn’t be happier. As developers, it’s in our nature to always want control over what we do. Sadly for us, the first iteration of watchOS was really lacking in that department. But that’s all changed with watchOS 3. Here are the highlights.

Glances, those summarized views of the user’s apps, have been around since watchOS 1. With version 3 they’ve been replaced with a Dock of apps. Glances were accessed by swiping up, but now that function merely brings up the Control Center. Dock is one of the key new features introduced in watchOS 3. The idea is for the user to be able to quickly access information from apps without actually having to opening them.

So as you might have figured out by now, this is a big deal for us developers. Now, it’s possible for us to do more than just craft a great experience in the watch app. Now, we have been given the tools that will allow us to take advantage of our app even when it isn’t running. Well, technically it is actually running in the background and you need to code all of that, but in the end, it’s a great tool to keep sharing your app’s experience with your users. 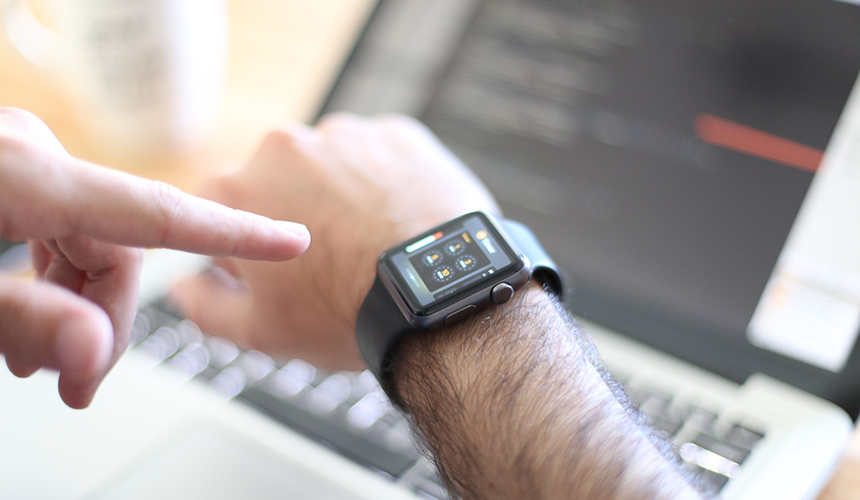 While we were able to perform some hacks in the past to provide more efficient experiences to our users, we now, at last, have the ability to let things flow in the background.

For more on these you can check the documentation, but in the end what you need to know is that our watch apps can be more powerful and smarter than before. If you ask me, this is actually one of the most exciting things to get our hands on. This new feature allows us to create more complex experiences: experiences that we might not have been able to do before the release of watchOS 3.

There were always Notifications on watchOS, but to be honest they were never a comfortable thing to work with. It seems Apple took care of that this time, however. While not all types of Notifications are supported on the watch, the ones that were shared between iOS and watchOS are now completely identical. This means that we can now craft more homogeneous solutions when dealing with Notifications. And as you know, Notifications are a big deal on mobile.

Most people think that SpriteKit and SceneKit are tools made just for games, but the reality is that they’re powerful tools to craft bigger and better experiences, like animatons, particle systems and much more!

Even better, think of them as a way to make your app stand out from the rest.

CloudKit was always a huge thing in iOS. The ability to store user and app data through iCloud is a great feature, and now it’s available in watchKit. Before, we could handle data communication between Watch and iOS Companion apps with SendMessage, but in some cases it wasn’t the best idea, so now we have a new way to communicate data between our two apps.

And last but not least, don’t forget that Apple users are quite comfortable using iCloud, and it’s a great idea to make them feel safe and secure when storing their data.

From performance enhancements to increased power for app developers to great things for their users, the improvements that come with watchOS 3 are promising. We’ll be checking out new beta versions as they roll off the presses, and we’re all excited to see what Apple has in store for us around the next corner.