After years of being portrayed in movies and pop culture at large, virtual reality technology is finally making its way to the consumer market. In fact, Digi-Capital reported that the VR market is on track to reach a staggering $150 billion by 2020, making it one of the most disruptive technologies today.

Typically, when one thinks of virtual reality, video games are the first applications to come to mind. However, VR is having an impact on a number of other industries. Let’s take a look at a few of the ways VR is being embraced across different sectors:

VR technology has paved the way for interactive, virtual tours of properties that could be a world away. Now, clients need not travel far and wide to find the perfect new home – they can simply tour available properties from the comfort of their real estate agent’s office, or in some cases, their current residence.

The Wall Street Journal noted that a number of brokers have adopted Virtual Reality for virtual tours, which has enabled them to increase lease and sales numbers.

“Think about CEOs overseas [who] need to make the real decisions, and they can’t get on a flight for another two weeks,” real estate broker Brad Cohen told the Journal. “The level of detail in imagery we capture, because of the quality of cameras, really does give somebody the ability to purchase from afar.”

All three branches of the military have embraced VR for training purposes, according to VRS.org. Soldiers and other members of the armed forces can use VR technology to train for combat or other dangerous situations, allowing them to improve their reactionary skills. VR has also been used by military organizations for flight and battlefield simulations, medical training, vehicle simulations and virtual boot camp. 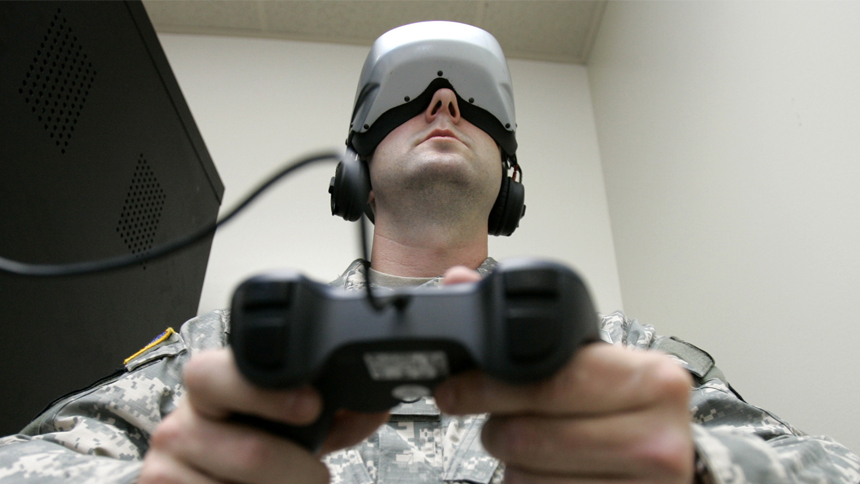 Education is another area that has already considerably benefited from VR technology, and will continue to do so in the future as additional advancements are made and systems become even more accessible. VR can be used for virtual field trips and providing a more immersive experience during learning games, as Nearpod announced. VR simulations can also be used for more “hands-on” learning. In addition, VR systems can offer numerous opportunities for students with special needs, particularly in a therapeutic sense.

The Western University of Health Sciences in California has also harnessed the power of VR to help med students attain a deeper understanding of human anatomy.

VR systems have made their way into enterprise settings as well. With a VR system installed, co-workers and partners from different companies can go beyond video calling capabilities. VR allows employees and corporate heads to have meetings in which it feels like they are actually in the same room with one another. This not only helps break down barriers when it comes to geographical and travel challenges, but can boost collaboration as well.

While some are apprehensive about Virtual Reality technology in the tourism industry – noting that it could bring down the value of the market as consumers choose virtual vacations over physical visits – others are more hopeful. Marriot, for instance, is giving travelers the opportunity of trying out virtual reality headsets in the comfort of their rooms with three videos that Marriott is calling “VR postcards”.

Tech Times reported that researchers at the University of Vienna have created a system that includes a VR headset and drone that enables users to fly the drone at a tourist location and view it from their headgear. This holds numerous possibilities, especially for those with health or other issues that make traveling difficult. These individuals would still be able to see the sights without leaving the comfort of their homes.

VR has made quite the impact in the architecture and construction industries. Similarly to the real estate sector, many companies in this market utilize VR to provide virtual tours. However, whereas brokers offer tours of existing locations, an architecture or construction foreman can show a client what a property will look like, before the first brick has ever been laid. This is the approach McCarthy Building Companies takes with its use of VR.

“Making any changes once a building is under construction is extremely expensive and time-consuming,” Gaudiosi wrote in a separate article for Fortune. “By using VR, McCarthy offers clients the ability to make changes virtually for free well before actual construction has begun.”

Even businesses in the pornography industry have taken to VR technology, allowing for a more “immersive experience” for clients, The New York Post reported. Rebecca Bolen, spokesperson for SugarDVD also told Virtual Reality Reporter that by using VR alongside the company’s DVDs, clients are able to take a “choose your own adventure” approach. Movies have several alternative endings based on what the viewer chooses.

As innovations and advances continue, virtual reality will continue to become a more impactful technology across a range of industries. As evidenced by its current adoption, VR is sure to find it’s place in nearly any setting in the years to come.

A word from the experts

After posting this article, our Head of Strategic Partnerships Fernando Florez shared it on his LinkedIn profile and received lots of comments from VR enthusiasts and experts on how this technology can be used in real life.

This is the outcome:

Taylor Freeman stated that Social communication is one aspect that should not be overlooked. Experiences like the Oculus Toybox and their new Social Demo are demonstrating the transformative power of this medium for interpersonal communication.

Orchun Koroglu completed this statement by emphasizing Relationships in digital world are not a new concept but an evolving one. Before VR, meeting a person in a digital environment was a dull and unfulfilling experience. Seeing another person on a computer monitor cannot achieve the feeling of being next to them, and that creates a disconnect for new social interaction. Meeting in a properly designed social VR world –which is what they are going after with SurrealVR.com – and interacting with another person for the first time changes everything about digital social experiences.

Fred Spencer added the health (both physical and mental) use cases. Fearless is building phobia treatments. There is activity to build experiences to help with PTSD and anxiety. Vivid Vision has a lazy eye treatment.

Also brought by Fred Spencer, Entertainment known as linear content, not games has a wealth of hardware solutions that help with rapid, immersive content creation.

“We’re also more likely to see adaptive films that change based on what you look at and potentially interact with.” stated Fred.

We’ll generally see blending of different mediums. Content creation should also be considered. Many companies are in the race to build tools to make it easy to create in VR. Photoshop v1 in VR.