As the CEO of Making Sense, I attend a number of conferences and presentations every year. Recently, the Making Sense team was present at the IoT Influencers Summit, where a number of informative and impactful presentations took place. The event included some of the biggest names in the industry, focusing on the Internet of Things and what the technology will mean for today’s businesses.

While every speaker participating in the summit had interesting data and points of view to share, I’ve selected a few sessions that stood out. Let’s take a look at what each had to offer those in attendance:

The Apple Watch, wearables and where we go from here

This session was led by Wearable World’s Redg Snodgrass, Fandango’s Mark Young, Evernote’s Jamie Hull and American Airlines’ Phil Easter, and focused on the emerging wearable marketplace. The release of the Apple Watch has only fueled the increasing growth of this industry, driving considerable advancements in application development and UX.

Currently, demand in this marketplace is only expanding as a rising number of organizations and users – both in and outside of enterprise circles – look to harness the power of wearables. At the same time, however, because this sector is so new, developers and tech companies are still working to determine the best ways to scale hardware and distribute their applications.

The future of retail: creating a new consumer experience

This session, lead by Greg Johnson of Swirl, Kevin Hunter of Gimbal, Cameron Craig of Macy’s and Adam Laskowitz of Target, examined how the IoT is changing the way consumers interact with retailers. Nowadays, more shoppers than ever are leveraging their smartphones and other devices to boost their experience through pricing comparisons, product details and consumer reviews. Retailers are supporting these activities from their side through beacons and sensors in brick-and-mortar locations as well as mobile apps. In this way, consumers are increasingly engaged both in retailer’s stores and in the online marketplace.

This session featured speakers including Carlo Longino of WIP, Ben Edwards of SmartThings, Zach Supalla of Particle and Shaun Dubuque of RetailMeNot, who examined the challenges app developers are currently facing in the IoT market. The industry is gaining considerable attention in the development community due to the significant potential it holds. At the same time, however, developers must address a range of issues including discoverability, distribution and product scalability as the market continues to mature. During this session, the speakers explored these challenges and more, such as creating a substantial business model, the benefits and takeaways of crowdfunding as well as selecting the right development partners.

This topic was addressed by Application Developers Alliance’s Jon Potter, Ford’s Scott Burnell and Mojio’s Govin Dandekar, who discussed the quickly growing connected cars market, and the questions developers have about these advancements.

This is one of the fastest growing sectors of IoT technology, as Business Insider estimated that by 2020, there will be more than 220 million connected cars navigating across the globe. This market expansion will contribute to a hardware and software market worth over $152 billion within the next five years. However, in order to reach these projections, developers must take a close look at connected car applications, including acquisition, discoverability, monetization and data and analytics. Using these to their advantage will help developers establish a presence and take advantage of the opportunities this sector has to offer. 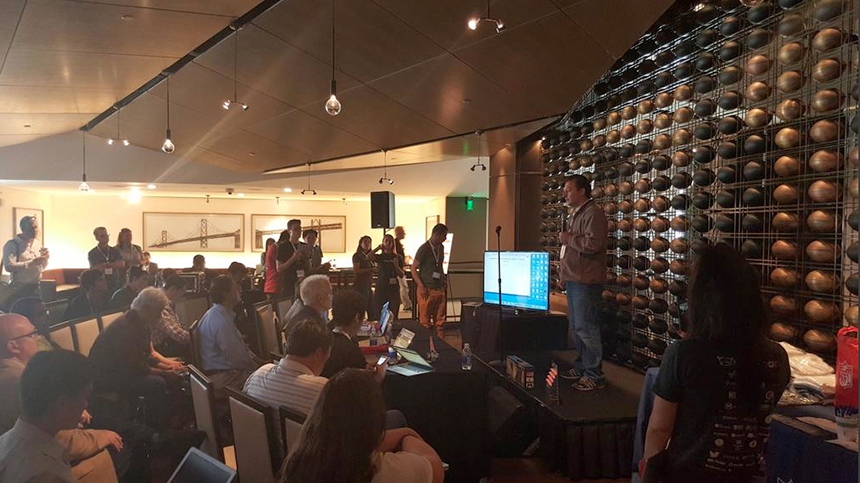 Closing keynote: postcards from the edge

One of the final presentations of the event was the Keynote, featuring Robert Scoble of RackSpace, Tom Bedecarre of WPP Ventures, Benjamin Parr of DominateFund, Edith Yeung of 500 Mobile Collective and Jerome Nadel of Rambus. The Postcards from the Edge session – which took place at other sister conferences as well – helps event participants leave with the most takeaways, and focused on where to go from here in the IoT industry. Each panelist shared predictions and allowed participants to further discuss and debate each point.

Overall, the IoT Influencers Summit had much to offer its participants, and examined not only what is currently taking place in the industry, but what developers and technology providers have to look forward to. Those in attendance were able to get an expert’s look at opportunities as well as the best way to address the biggest challenges. The Making Sense team left with considerable information and insight, and was happy to participate in this event.