After a 30-year absence, Apple has returned to the Flint Center in Cupertino California, the birthplace of the first Macintosh in 1984. This time it was to unveil two new, improved iPhones, a revolutionary new payment system and the innovative, much-anticipated Apple Watch, the company’s first entry in the wearable technology category.

iPhone 6 and iPhone 6 Plus

Apple has just launched its new iPhone 6 and iPhone 6 Plus and confirms the rumors: in addition to being thinner and having larger screens than the iPhone 5, both new iPhone versions feature a sharper display with more pixels, iOS 8, Apple’s newest operating system, camera improvements and new connectivity-related technologies: WiFi AC and 4G LTE 150 Mbps.
iPhone 6 is the smaller of the new pair, featuring a 4.7 inch screen with a resolution of 1,334 x 750 pixels. iPhone 6 Plus is equipped with a 5.5 inch screen and Full HD 1080p display. 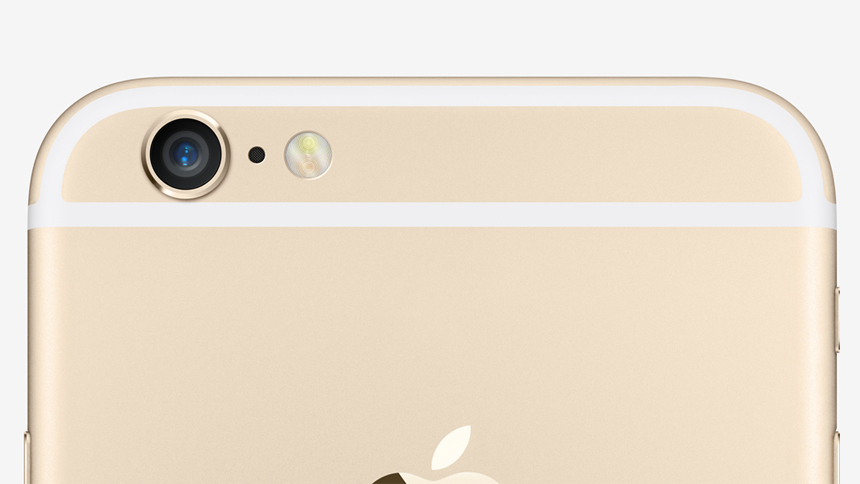 The new iPhones’ design is more rounded than that of previous versions; it’s approaching the elegant design level of the iPod Touch.
On a technical level, the new iPhones feature some substantial improvements:

It’s worth noting that Apple has not mentioned the use of sapphire crystal on their screens, as was rumored they would.
The iPhone 6 and iPhone 6 plus 16GB are offered at a price of $199 and $299 respectively – both prices available on a 2-year plan. The new iPhone will be available for purchase in the United States starting September 19, but reservations for new units can be made starting September 12.
What does the iPhone 6 series mean to us as designers and developers? Much bigger real estate. We will have to rethink our approach and adjust our apps to fit the new screens. But we also have new possibilities to do more things at the same time. The health dashboard will open up more opportunities to add some gamification to our health-related app development while simultaneously tying into and helping users leverage the power of the Internet of Things.
Touch ID will give us the chance to identify users and execute important tasks/actions (like payments, permissions, etc.). HomeKit in iOS 8 will enable us to take steps to help keep our homes safe and adjust environmental settings such as ambient light levels or temperature, even when we are not at home.
Metal for Gaming is a new technology that allows developers to squeeze maximum performance from A7 and A8 chips. Among many other possibilities, it will give developers the chance to create highly immersive console games.

After elaborating on the disadvantages of carrying and paying with credit cards (they can be lost, broken, forgotten, etc.), Tim Cook presented Apple’s new solution, Apple Pay.
Apple Pay is a new way to conclude purchases. It combines the NFC chip in the new iPhone 6 and 6 plus with the TouchID that validates the identity of the owner. To use this new payment platform, users link their credit cards (Visa, MasterCard or American Express) to Apple Pay.

This link could be accomplished by exporting iTunes accounts or through a scan of the data. Then a backup process is performed to use the fingerprint of the users in the manner of traditional PIN code. This would allow payment to be made in a quick, sure way. 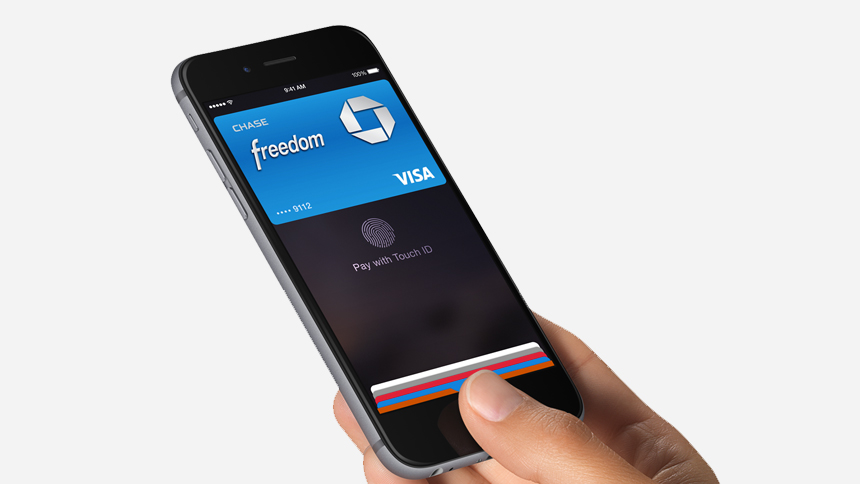 Apple CEO Tim Cook emphasized that privacy and data protection are guaranteed. When subscribers use Apple Pay, Apple will not know where they buy, what they are buying, or at what price. Cook also made assurances that with Apple Pay transactions, Apple will never be in possession of user credit card data.
Apple Pay can be used in retail stores and for online payments. It will be in direct competition with similar platforms such as Paypal or Google Checkout.
Starting in October, the new payment system will be available, but only in the US. Some time during the 4th quarter of 2014, Apple Pay is expected to expand to more than 150 countries. To facilitate Apple Pay’s successful entry into the market, Apple announced agreements with major US commercial networks.
What will this mean for us as developers? As a technology innovator, I think this payment method could be incorporated into any type of e-commerce or brick and mortar retail transaction, or with other solutions that accept card payment methods such as open table, fast check out, and so on. Apple Pay will be easier for the user. But the question remains, will it be more secure?

One More Thing… A Big Thing!

In his presentation, Tim Cook confirmed rumors about Apple producing a clock. He unveiled Apple Watch in his September 9th keynote. This represents a milestone, because Apple has now entered the new world of wearable devices.
The New Apple Watch is aesthetically similar to a traditional watch, while incorporating a touch screen. The new watch allows users to move the screen and zoom and navigate between applications. Thanks to the creation of the Digital Crown the user does not lose the field of vision during interaction with an application. 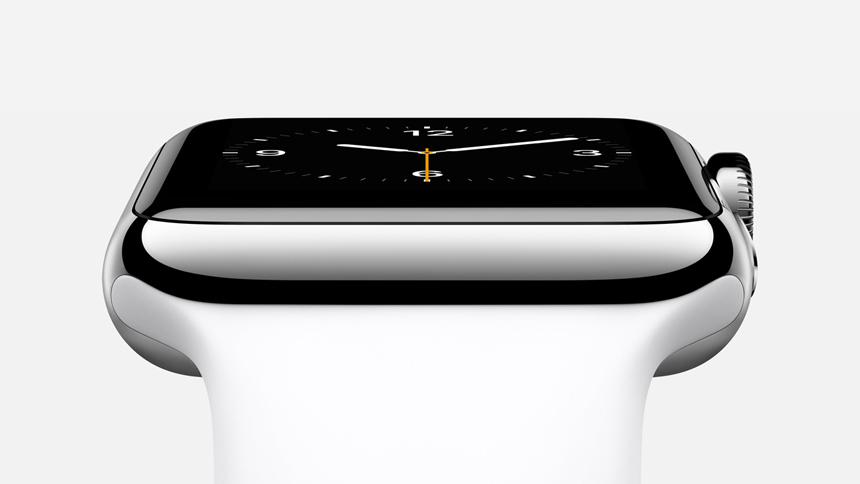 The touch screen is made of a single sapphire glass and has the ability to distinguish between touch and press, allowing developers the option of incorporating new features. In addition to other features, the watch includes a new messaging program implementation and allows users to quickly and easily send drawings and images.
Apple Watch incorporates a system of very accurate sensors that can be utilized by the HealthKit Apple platform, enabling a wide range of applications and services oriented to health and sports. For example, it is able to monitor the user’s heartbeat and detect if the user is at rest or moving.
Tim Cook described the Apple Watch as “the most personal device that we have ever created”. And the great importance of this product is the new window it opens for wearable devices as a platform for countless new apps.
Apple has developed a new IOS for this new smart watch. It will have applications designed specifically for it. In addition, Apple has created a new App Store exclusively for Apple Watch.
You can perform many actions by interacting with the Apple Watch, including receiving notifications and answering them (messages, emails, etc.), displaying images and maps, writing a twit, interacting with Siri or carrying a small personal trainer on the wrist while exercising.
At The Cupertino Keynote, Apple Watch wasn’t presented only as a watch but as a collection of clocks. There will be three collections: Apple Watch (made of steel), Apple Watch Sport (aluminum) and Apple Watch Edition (gold plated 18 carats). In addition to the three different collections, buyers have the alternative of choosing between two sizes, a 4.7 in. screen and a 5.5 in. screen.
The launch of the Apple Watch is planned for early 2015. It will have a base price of $ 349.
What will Apple Watch mean for developers like us? A huge number of possibilities, and a new entry in the wearable device market on a scope not previously seen. I think Apple will create an incredible marketplace for this watch. It will offer runners and other athletes a device unlike any they’ve seen or used before. At least 50% of the apps in the Apple store can have some special Apple watch functionality. It will be interesting to see what happens!

In concluding this particular Keynote, Tim Cook continued surprising us, this time by introducing the band U2 to the audience and stating that iTunes users will be able to download the band’s new album free of charge. What does that means for us? Great music for free :) 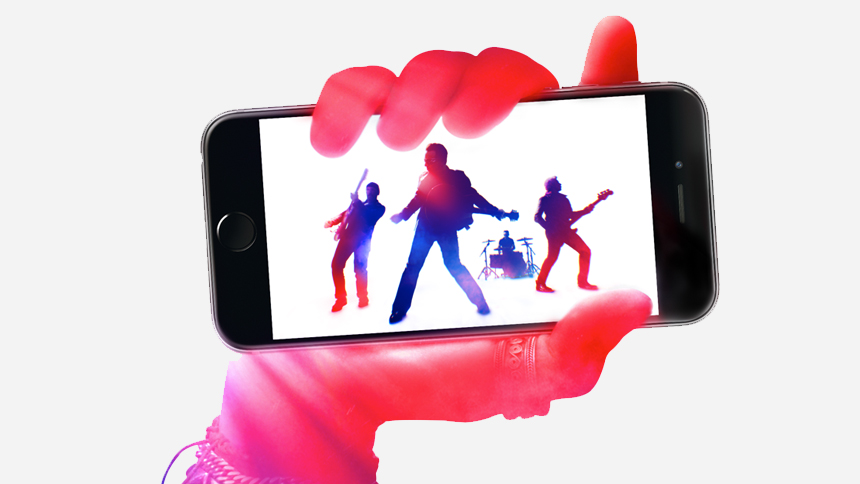 Are You Excited Yet?

As a software developer, I’m excited about the possibilities Apple’s new innovations open up. My teammates and I at Making Sense are committed to harnessing the power of Apple’s new technologies to help you by turning your big ideas into innovative, cutting-edge apps.
So when you have an idea for a “game changing” app or piece of software and can’t wait to see your dream become reality, contact us today!