So what’s the exciting news we mentioned a moment ago? Because Trick Gaming Studios has been so successful at producing so many stellar games that have been so enthusiastically received, we’ve experienced explosive growth. So we’ve decided to make Trick Studios not just a division of Making Sense but a new, separate company. We’ve already earned a solid reputation for developing games users love. Now we are more equipped to do so than ever before. We’re growing to serve our clients even better. 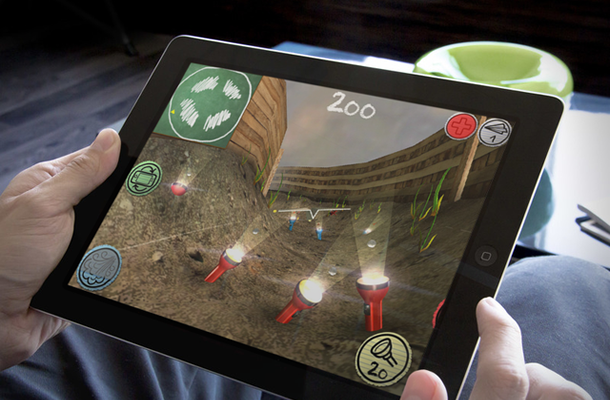 Trick Gaming Studios is your “one-stop shop” for cutting edge digital games, offering you a turnkey solution for your gaming development needs. Trick Studios is on the vanguard of gaming technology, producing creative, unique games that work across social, web and mobile channels. The commitment of our gaming development professionals is a solid reflection of our company culture as a whole.

From initial conception to ultimate implementation, Trick Studios covers all phases of game production. We specialize in design,development, quality assurance and localization. As our portfolio shows off, we are experts at state of the art gaming development technologies ranging from basic APIs like OpenGL and DirectX to high level 3D engines like Unity. Not only are our games technically advanced, we’re confident you’ll also be pleased with the quality of the artwork that goes into each and every one.

Trick Studios is very capably led by CEO and Co-Founder Leandro Gonzalez. A graduate of Systems Engineering from UNICEN, one of Argentina’s most prestigious universities, Leandro has over seven years of professional experience. He combines his considerable technical expertise with extensive project management experience, including the very capable management of offshore development teams.

Julian Muro, Co-Founder and CTO at Trick is also a graduate of Systems Engineering from UNICEN, and enjoys being involved in every aspect of the game and app production process, from high level Architectural Design to solving complex, “in-the-trenches” development challenges.

The team at Trick Studios, in an effort to share their expertise and also learn from other gaming experts  are  committed to pursuing opportunities to network with their peers across the industry. So we’re excited to announce that Trick Studios will be involved in a big way at SXSW 2014 in Austin this month. Right after SXSW, Leandro will be attending the Gamers Development Conference in San Francisco March 17-21.¡ Do you have an idea for a game or app? The development professionals at Trick Gaming Studios would love to talk to you about it. We’ve got a proven track record of producing cutting-edge, games and feature-rich apps that both businesses and end users love. Let’s start now to make your big idea a reality, not just a dream. Contact us today and tell us about it!