Making Sense has a unique history, which began when a group of young professionals with a great idea decided to turn it into reality.

It all began back in 2002 when Cesar DOnofrio and Damian DOnofrio decided to form a company that promoted the continuous professional development of Argentine students and graduates to work with multinational companies without having to move away from their birth country and helping it grow both economically and socially.

Among the other outstanding professionals that worked with the founders of the company were Nacho Caldentey, Sergio Marchetti, and Juan Fazzini.

Since its creation, Making Sense’s name has changed more than once, but we’ve always retained our founders’ spirit, innovation and perseverance. Over the years, we worked with different partners, each with their own history, strengths and character. We’ve grown from a Mar del Plata-based company to a major one providing cutting edge-technologies to partners worldwide.

Throughout, we’ve retained our fundamental purpose: to provide Apps that are enjoyable for users and profitable for partners.

Meet our products Doppler and Lander 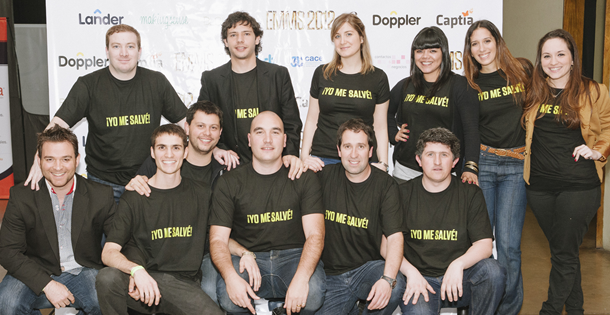 Although it all began with a brainstorming idea, today Making Sense specializes in offering the latest software development strategies, and has several partners throughout the world. Some of our most prominent clients include Rackspace, DELL and AMD. Recently, our company reached a total of over 6.000 monthly development hours! One of Making Sense’s most well-known products include Doppler™, the most widely used email marketing tool in Latin America, which allows users to create, send, analyze and optimize the user’s email marketing campaigns in a very simple, fast and effective way; and Lander™, a tool that enables the creation of landing pages in minutes.

In the last couple of years Doppler has acquired new partners with offices in Mexico, Colombia, Dominican Republic, Venezuela, Ecuador and Spain. The application has grown to have over 25.000 users in 6 years and only a couple days ago its team commemorated its 7th year birthday. Doppler is also the organizer of the free and international event of Marketing Online known as EMMS aimed to help Email Marketing, Social Media and Digital Marketing experts achieve success. Want to meet some members of the Doppler team? Above you can see the picture of the team at the EMMS 2012!

Not so long ago Lander also had its first year celebration. A few months after the creation of Lander, its Support Team was answering questions from the entire globe and over 16.500 user accounts have been created since it was first launched back in 2012. 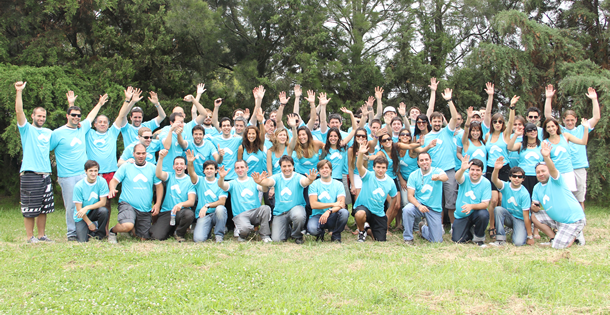 Growing and Expanding over Time!

In the beginning Making Sense employees worked in a tiny apartment located in the center of Mar del Plata. “I remember being in an extremely small apartment working over a desk, with a 14-inch computer monitor with only two colors” said Juan Fazzini, actual CTO at Making Sense. He also remarked that “back in the days the company developers were creating simple applications for different clients CEO Cesar DOnofrio had in the United States. After some time the company began to grow and we expanded.” “I am grateful to be now part of this big family and the international company that Making Senses has become.” concluded Juan.

It has been a long journey for Making Sense before achieving the inauguration of its new office that will be located in the “Alem” area in Mar del Plata, Argentina. We have worked from small apartments to mid-size homes turned into amazing offices, and we are now happy to move to a gorgeous new office space located only blocks away from the ocean!

Want to Know More About our New Office?

The Alem area in the city of Mar del Plata was chosen as the home of the new offices due to the initiative of the company to offer its employees the possibility to work in a relaxed environment and have fun while they confront new challenges and reach their goals with great results. For this reason the new office is located only blocks away from the beautiful coast of Mar del Plata, within a walking distance of approximately three blocks from the best beaches.

On the other hand, Mar del Plata is known for its high standards in education and the talent of its graduates. The city is home to The National Technological University (UTN), one of Argentina’s public universities focused on teaching engineering and exact sciences. Moreover, the Universidad del Centro de Tandil (UNICEN) is one of the most prestigious institutions for IT careers throughout the country and is very close to the city.

“We are extremely happy for inaugurating a new office. This means we are growing and expanding. Our new facilities offer great comfort to all of our employees, are very modern, and have latest generation equipment. This new opening will make possible to increase our staff offering new employment possibilities to many talented young people in Mar del Plata and surrounding cities,” explained Cesar DOnofrio, Making Sense’s CEO.

As of today, Making Sense has offices in the Federal District (México), Buenos Aires, Tandil, and Mar del Plata (Argentina), Texas and Boston (USA) and a satellite office in Austin, TX as delegates of the International Network of IT businesses “ArgeTIna IT.”

We want to invite you to take a Sneak Peek at “the making” of our new office, a place for innovation, Software, Design and much more! What are you waiting for? Come inside and take a look!

Our new office in the making from Making Sense on Vimeo.