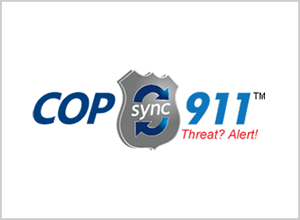 On May 14-16 2013 a large number of attendees arrived at the Amelia Island, Florida to participate in the SIG Global Sourcing Summit. Among the many Senior executives from Fortune/Global 1000 buy-side organizations who attended the event was Making Sense’s CEO Cesar DOnofrio.

As an active member of the Nearshore Executive Alliance Cesar was invited to represent Argentina by leading a workshop entitled “How Latin America is Changing to Become a More Attractive Outsourcing Destination.” Cesar had the honor to share the panel session with Ann Harts, Principal at Hickey & Associates, LLC and Alejandro Camino, VP Marketing and Communications at Softtek.

This 2013 all attendees were able to participate in a great amount of workshops where diverse speakers educated and inspired them. This particular year the SIG event was characterized for being packed with speakers known as thought leaders in technology and innovation who discussed the latest best practices, cost-cutting strategies, innovative processes, and risk-mitigation approaches.

Why is Latin America an attractive Outsourcing Destination? 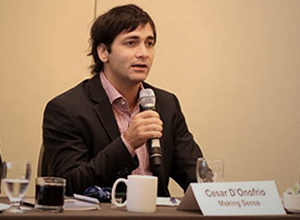 Argentina has a rich international business heritage and a reputation for being the leading ‘European’ country in South America. This cultural affinity and natural timezone alignments are important factors for foreign companies to outsource jobs to its citizens.

However, there is another key factor to take into account when we talk about Latin America as an outsourcing destination. In the last few years governments have worked really hard to leverage their Nearshore advantage by offering incentives and improve the business environment.

In the case of Argentina, Cesar DOnofrio stated that Argentina’s government recognizes the important growth of the country’s IT and software services. The government is working to support this with innovation and technological development incentives that promote investment from domestic and overseas interests. Some of the initiatives the government in Argentina is implementing include:

In addition to this Making Sense is an active member of the Chamber of Software and IT Services Companies of Argentina (CESSI), a non profit organization that brings together IT companies dedicated to the production, development, commercialization and implementation of software in Argentina.

Initiatives such as the creation of a permanent observatory for the software and information services industry, also known as “Observatorio Permanente de la Industria del Software y Servicios Informáticos (OPPSI),” the Center for Entrepreneurs (EmpréTic), advising in areas such as financing (FinanTic) and exports (ExporTic) and advertising the sales of IT products and services outside of the country, has turned CESSI into a primary player in this sector’s growth.

In recent years the Argentine technology sector has grown considerably positioning the country as a leading one in this service offerings as well as innovation coming out from Latin America. As a way to promote the exportation even more aggressively, the chamber has recently announced the launch of the ArgenTIna IT, an International Network of IT Businesses.

The proposal includes the opening of new offices in strategic destinations, personalized technical advice, and many other benefits for those looking forward to successfully export its products. Making Sense will be among the IT companies that will have representatives in the new offices located in the United States.

Next Steps in Latin America 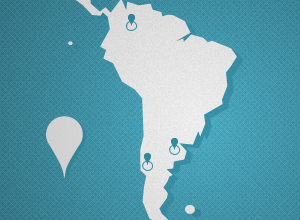 Cesar DOnofrio has raised awareness for the Nearshore Model and helped many U.S. companies to discover the potential of the Argentine tech sector. Since it was founded in 2006, Making Sense has dedicated its efforts to offering excellent software strategic services, as means of creating long and lasting relationships between companies and their clients. The company is strongly committed to create applications and products that are enjoyable for users and profitable for partners implementing cutting edge technologies. It is for this reason that before attending the SIG Global Sourcing Summit 2013DOnofrio participated in the SXSW Festival, an inspiring event that fosters innovation, creativity, and interaction.

Although there exists different myths about outsourcing, the reality is that in recent years the Argentine technology sector has grown considerably positioning the country as a leading one in this service offerings as well as innovation coming out from Latin America.

If you would like to learn more about what Cesar’s presentation at SIG Global Sourcing Summit 2013 please contact us at hello@makingsense.com