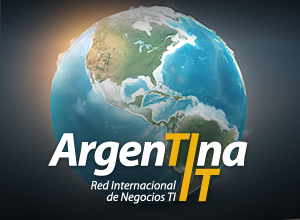 The past March 14th the Chamber of Software and IT Services Companies of Argentina (CESSI) announced the launching of the ArgenTIna IT, an International Network of IT Businesses in which Making Sense will take part.

As many of you know Making Sense is an IT company strongly committed to raise market awareness of the Argentine software sector as an outsourcing destination. It is an active member of the Chamber of Software and IT Services Companies of Argentina (CESSI), a non profit organization that brings together IT companies dedicated to the production, development, commercialization and implementation of software in Argentina is opening new offices abroad.

In recent years the Argentine technology sector has grown considerably positioning the country as a leading one in this service offerings as well as innovation coming out from Latin America. As a way to promote the exportation even more aggressively, the chamber has recently announced the launch of the ArgenTIna IT, an International Network of IT Businesses.

Today, Making Sense is an IT company in the Argentine tech sector currently outsourcing to the U.S. Its CEO Cesar DOnofrio has been working in partnership with the Argentine Ministry of External Relations and Culture (Ministerio de Relaciones Exteriores y Culto), the Chamber of Software and IT Services Companies of Argentina (CESSI) and Polo IT, and a non-profit association of Buenos Aires-based software firms.

The efforts of the company, which is determined to offer the latest tendencies in the market and has several partners around the world, has not escaped the notice of the CESSI and on March 14th Making Sense was invited to attend the launch event of the ArgenTIna IT.

Objectives of the ArgenTIna IT

According to what the CESSI announced in the launch of the ArgenTIna IT, the decision of internationalizing its platform was based on facilitating the insertion and consolidation of Argentine software companies in the most attractive world markets.

The members of the non profit organization explained that the new international platform will be exclusive for CESSI active members together with poles and clusters already associated. The proposal includes the opening of new offices in strategic destinations, personalized technical advice, and many other benefits for those looking forward to successfully export its products. Making Sense will be among the IT companies that will have representatives in the new offices located in the United States!

The objectives of settling new offices abroad include:

In a recent interview José María Louzao Andrade, president of CESSI announced that 2012 was an excellent year for the Software services in Latin America. According to the chamber, there was an increment on the sector between a 10% and a 13%, and its respective exportations had an increment of a 13%. Andrade also made reference to the European exportations which declined from a 35% to a 7% generating an increment in the Latin American market.

When talking about the benefits of the software services in Latin America Andrade remarked, “These are countries that today can offer low price in commodities, have favorable balance of payments and invest a lot of money in technologies.” He also stated that “exportations to the United States have reached a historical record of a 50%.”

Making Sense’s CEO Cesar DOnofrio also made reference to the software market in Latin America and said “Many U.S. companies have discovered the Argentine tech sector and have hired technology outsourcing providers, such as Making Sense and others. However, the number of Argentinean technology companies that have successfully entered the U.S., is still reduced considering the broader U.S. business market.” He also remarked that “Making Sense feels honored to work in partnership with the non profit organization CESSI representing Argentine Software companies abroad and is strongly committed to continue working to introduce software services firms as well as Independent Software Vendors from Argentina to local business associations and companies.”