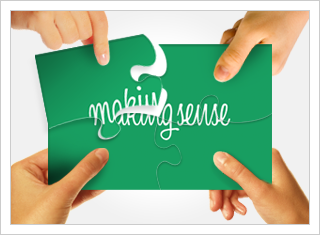 The clock was ticking. Just days to go and the Making Sense team were working flat out to give ourselves every chance of turning our client proposal into an approved project.

What a challenging assignment! Firstly, we’d never before done business with this client, so it was a great chance to show what we could do. Moreover, the subject of the proposed app was highly complex. It involved high levels of security and advanced technologies – factors that don’t always sit easily with the easy user experience (UX) also demanded by the brief.

At Making Sense, we’re totally committed to the added value UX brings. So we committed all our efforts to getting the UX aspect of our proposal right. We created an accurate design draft of how the UX would look. This included the development of user flowcharts, screen shots of how the final product would look, and a wealth of mock ups, small prototypes, concept proofs and more.

As deadline day for our submission approached, we double checked and triple checked every detail of our screen shots. We also met with our user-interface development team again and again to ensure the information architecture, interaction design and wire frames were both perfectly functional and engaging.

Then the big day arrived. Making Sense CEO Cesar DOnofrio formally introduced our business to the client and presented our proposal. He explained why we were the best choice for the project, and that we wanted to solve the problem behind it. Cesar showed the client our painstakingly created screen shots and how the user interface would look once finished.

With tension mounting, the client’s software developer declared, “Wait” and left the room. Now the atmosphere was so electric, you could feel it. Just two minutes later, the developer was back. This time with a man he introduced as the company’s CEO!

“I want him to see what you guys made,” the developer explained to us. “These screens are more than we had in mind; we definitely want the project to look like this. And from now on, we want everything we make to look like this!”

Our client had known all along what it wanted its app to do. But what was so amazing for them was how applying UX could produce a totally new and more comfortable experience with the app. In short, providing a guide through the complexity, so the user could see the wood from the trees.

As you’ve already guessed, our proposal was accepted and became a commissioned project. One of many we’ve completed with this client.