On Thursday April 19, New York City opened its arms to Nearshore Nexus – the only US conference focused exclusively on Caribbean and Latin America IT and Business Process Outsourcing (BPO). As lead sponsor for the event, Making Sense was there in force.

Nearshore Nexus aims to build knowledge and dialogue on the opportunities, risks and benefits of developing strategic, outsourcing relationships in Latin America and the Carribean. More than 20 speakers – including top Chief Information Officers and Sourcing Advisors – joined delegates from 15 countries across the region. Together with the new, Big Apple location, they helped make 2012’s conference bigger and better than ever.

Colombia’s former President Alvaro Uribe, who governed the republic from 2002-2010, gave the keynote. He explained how his country is moving to a stable, secure democracy attractive to foreign investors.
Key factors in Colombia’s development include:
• 2011’s Free Trade Agreement with the US – initiated when Uribe was in power.
• Removing value-added tax on business services.
• The government’s work on improving education to ensure people have the skills IT and BPO clients require.

Power to the people

On a political and social analysis, Uribe said that many other Latin American countries are following Colombia’s lead. Each is creating a ‘triangle of cohesion’ based on security, free investment and social stability.

Herrera pointed out that total cost of ownership for nearshore is only 8% more than it is for India. In terms of culture and time zones, Latin America is also closer than Asia to the US. Add in unpriced factors like these and nearshore becomes even more competitive. Herrera argues, therefore, that companies looking to attract outsourcing clients need to focus on adding value to their services.

Think of the children

Closing the conference in fine style was ‘Nexus After Dark’. As part of this reception, Nearshore Executive Alliance (NEA) chose Teleperformance as the winner for the 2012 NEA “Foundations for the Future” Award. Teleperformance’s ‘Citizen of the World’ charity was started in 2006 and it aims to help the world’s most vulnerable infants and children to survive and to ultimately reach their individual potential. NEA’s commitment includes funding shelters for abandoned babies in developing countries, sponsoring de-worming and other necessary medical supplies and food provision.

Nearshore Nexus gave us the opportunity to get in touch with prospects, colleagues and nearshore specialists, and obtain an update on the state of outsourcing in the Americas. We look forward to be there next year, supporting this exceptional event once again. 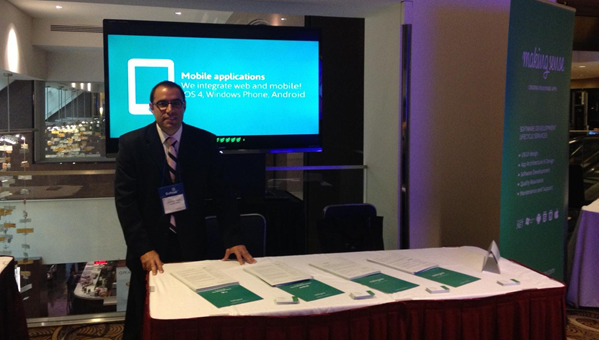