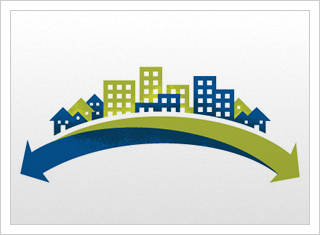 When companies think of outsourcing, most consider Indian outsourcing providers first and foremost. However, Argentina is fast becoming a more ideal resource for software outsourcing, and not only because of the reduced time zone difference and cultural similarities. In fact, we noted in previous posts that Argentina’s IT industry has grown at least 15-20% every year since 2003, and the Argentinean government is supporting this growth. Not unlike the US, Argentina is placing more and more emphasis on the IT and software industries in higher education and the economy, which makes Argentinean companies an increasingly logical choice as a nearshore outsourcing partners.

Similarities Between US and Argentina IT/Software Industries

We all remember the technology boom of the 90s, but it did not occur only in the US. Argentina also saw a huge upsurge in the growth of software companies, and that boom continued well into the 2000s. Since then, the industry has continued to grow, and Internet and technology consumption in Argentina far outranks every other country in South America except Brazil and Chile. The importance of technology in everyday life, as well as increasing emphasis on obtaining IT degrees at the college level, prime Argentina for more outsourcing opportunities from the US, especially given the fact that the number of software jobs in the country reached 32,000 in 2007, according to a presentation by ProsperAr.
The remarkable growth in the area in and around Buenos Aires is not unlike California’s Silicon Valley in that startups are developing and growing more and more every year. Just like in America, Argentina is putting more of its resources into developing their software and IT industries, showing that the country is dedicated to increasing its technological presence in the world. Argentina’s dedication to IT/software is such that the hiring of people skilled in software development increased by 30% from 2004 to 2007, making it the most important industry in Argentina in terms of job and firm creation.

Outsourcing to Argentina is the Logical Choice

As you can see, Argentina is quickly growing into a technological powerhouse alongside the US’s own software industry. The rapid increase in software jobs demonstrates the importance of IT in Argentina’s economy; and similarly for US college students, going into a career in software is one of the most popular choices for Argentina’s student population. Consequently, Argentina nearshoring is of equal quality to any software development we can find in the US, even to the point where smaller companies can turn to Argentina nearshoring for something as simple as an iPhone app and still see significant savings.
Marked growth in the IT and software industry and savings in overhead aren’t the only advantages to nearshore outsourcing in Argentina, though. Check out here our pieces on cultural similarities and collaboration for more information on why nearshore outsourcing to Argentina is beneficial to US software companies.