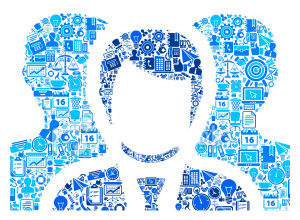 While English may not be an official language in Argentina, it’s still one of the most important foreign languages in the country. From education, to pop culture, to the workplace, English has a role in everyday life in Argentina. What this means for outsourcing is that teams from Argentina are often far more proficient in English than their farshore counterparts.

Importance of English in Argentina

Like Spanish in the States, English is often taught as a second language in beginning and intermediate education in Argentina, so there’s lots of early exposure to it for Argentinean students. In fact, in 1996, the Argentinean government passed a law making the teaching of a foreign language compulsory starting at the age of nine; and fourteen of Argentina’s twenty-three provinces only have English as the foreign language taught in schools.1 In the end, many students who go on to the University level have a decent background in English, which is improved upon as they advance through school.

As mentioned in previous blog posts, American culture is quite prevalent in Argentina, especially through TV, newspapers, and the Internet. Because Argentina has the highest Internet penetration rate of any country in Latin America (nearly 70% compared to America’s 77%), they have immediate access to English language resources. Additionally, being able to speak English is becoming something of a status symbol among educated Argentineans, and it’s generally considered a required skill in job searching. The result is a workforce that has a strong ability to communicate effectively in English.

Does it Really Make a Difference for Nearshoring?

Since Argentineans are exposed to English so early on—and those in the IT field probably more so than others because of the dominance of English in the technology—it makes them the perfect candidates for nearshore outsourcing. You can’t overemphasize the importance of being able to communicate easily with your development team, and proficiency in English is a huge part of that. It doesn’t really matter how hard a team works if talking to them is a highly involved exercise, after which you aren’t confident that they understood completely what the task is.

So, the presence of English in Argentinean life is a big benefit to taking advantage of nearshore opportunities from this country. It’s vital to communications and a benefit that any software company can take advantage of.