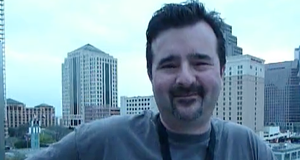 At SXSW we also talked with a person who leverages the Latin American IT power, Fernando Labastida.

Fernando owns Latin Marketing, he organized the Americas IT Forum where Common Sense had panelists and sponsorship, and he also was one of the moderators at the Latin American IT Summit at SXSW. I had known Fernando since some months before, but talked just over skype or email. We finally met at SXSW and he introduced us to really interesting people and suggested us great sessions.

We interviewed Fernando to catch a glimpse of what he can tell us about outsourcing IT services to Latin America. He stated that Latin America is a better place to outsource instead of India or Europe due to various reasons: cultural affinities, similar time zone and a better communication vendor-client.

Fernando specified that Argentina is one of the most interesting countries to outsource because of its creative and hardworking people. He also remarked that Argentina has the highest educational college rate, so companies don’t need to train people. Also, Argentinians produce quality services and respect deadlines, which is something to bare in mind with long IT projects.

Thank you Fernando for your time and your help!