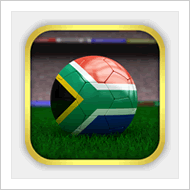 “We saw that the iFixture 2010 app already had many thousands of people using it throughout Latin America, so we thought it would be a great way to connect with them.” said Damon Johnson, Head of New Media Latin America at Fox Sports.

The iFixture was in the top 5 Sports downloads in Argentina, Uruguay and Paraguay, Top 20 in Overall category, and also very popular in the rest of Latin America during the South Africa World Cup. This iTunes app keeps you informed about matches results, future games calendar, teams information and cities and stadiums.